The Way Hollywood Tells It Story and Style in Modern Movies 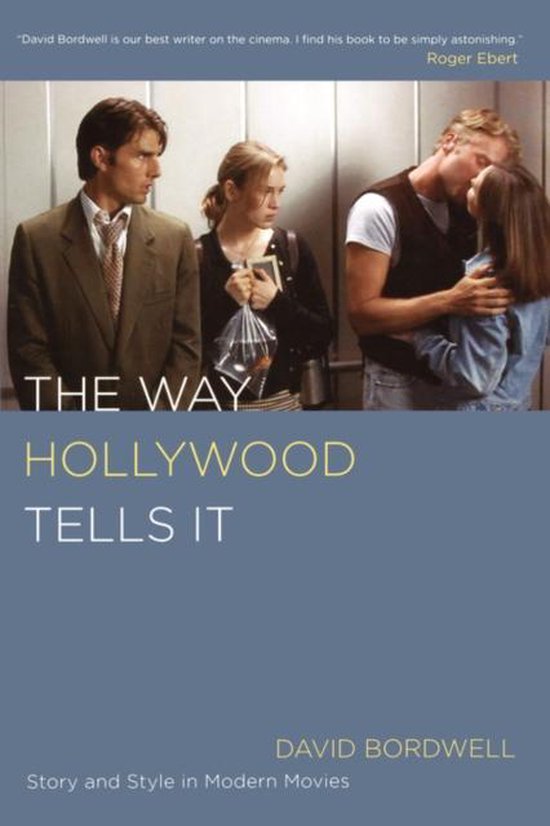 "David Bordwell (/ˈbɔːrdwɛl/; born July 23, 1947) is an American film theorist and film historian. Since receiving his PhD from the University of Iowa in 1974, he has written more than fifteen volumes on the subject of cinema including Narration in the Fiction Film (1985), Ozu and the Poetics of Cinema (1988), Making Meaning (1989), and On the History of Film Style (1997).

Hollywood moviemaking is one of the constants of American life, but how much has it changed since the glory days of the big studios? David Bordwell argues that the principles of visual storytelling created in the studio era are alive and well, even in today's bloated blockbusters. American filmmakers have created a durable tradition-one that we should not be ashamed to call artistic, and one that survives in both mainstream entertainment and niche-marketed indie cinema. Bordwell traces the continuity of this tradition in a wide array of films made since 1960, from romantic comedies like Jerry Maguire and Love Actually to more imposing efforts like A Beautiful Mind. He also draws upon testimony from writers, directors, and editors who are acutely conscious of employing proven principles of plot and visual style. Within the limits of the classical approach, innovation can flourish. Bordwell examines how imaginative filmmakers have pushed the premises of the system in films such as JFK, Memento, and Magnolia. He discusses generational, technological, and economic factors leading to stability and change in Hollywood cinema and includes close analyses of selected shots and sequences. As it ranges across four decades, examining classics like American Graffiti and The Godfather as well as more recent success like The Lord of the Rings: The Two Towers, this book provides a vivid and engaging interpretation of how Hollywood moviemakers have created a vigorous, resourceful tradition of cinematic storytelling that continues to engage audiences around the world.
Toon meer Toon minder

Originele Titel
The Way Hollywood Tells It: Story and Style in Modern Movies