The Weight of Sin 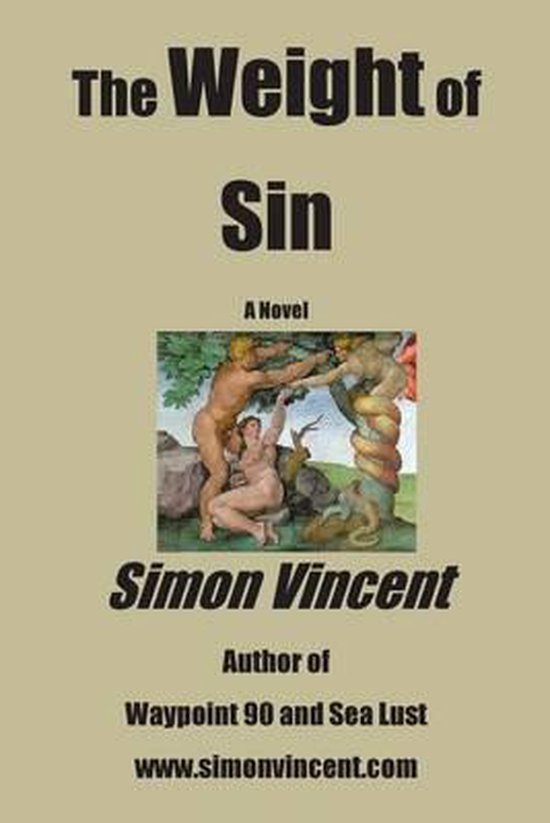 The Weight of Sin By Simon Vincent Written in a highly visual style, The Weight of Sin is the story of four people. A man and woman from totally different countries and cultures, a jilted wife who refuses to forgive and becomes an FBI agent, and a priest with a sinful past who brings faith and healing to those in need. A disillusioned young man, Alexander Garcia begins a life of crime after his beloved father is murdered and his mother kills herself. Years later, he visits their family home, terrorizes the new occupants, and leaves his wife, disappearing into a world of conspiracy and terrorism. Illapa (in the mold of Lisbeth Salander) a young Peruvian woman, marches through the Andes with a group of "Shining Path" guerrillas. She excels as a crack terrorist. She finds and comforts her dying father. Her story is revealed in the words of her father. He is an army colonel who fell in love with an Incan princess and kidnaps her, ultimately marrying her. Politics and realities of power force him to abandon his family in the Andes. The abandoned mother and daughter languish in despair and poverty, drawing the young girl into the peasants' struggle for a better life. A visit to her dying grandfather and the ancient city of Machu Picchu connects her to her past answers many questions about her family and her race and who she is. Meanwhile back in America Alexander joins a terrorist revolutionary group and becomes involved in horrific acts: bombing the Disney Castle, sinking an oil freighter in Venezuela and an assassination attempt on the President. Guilt weighs heavily on his mind as he struggles with his new life; he saves the life of the President. His life is a constant struggle to do right and still fight for a cause. Ultimately he must flee to save his life. He faces the consequences of his brutal past, a harrowing secret is revealed and he begins a new journey of awareness, faith, and love in the mountains of South America. In this journey he is joined by Illapa, who is also forced to flee for her life. In the highlands they find each other and redemption with the help of a Priest. Fr. Crewes' painful and sinful past lead him to this place and time for the purpose of saving his fellow man, as he was saved. Linda Garcia-Vitale, abandoned wife and newly-minted FBI agent, pursues her target zealously. When she finds him a totally different person, she has to make a difficult decision. The story and the lives of the four people come into final focus in the Epilogue.
Toon meer Toon minder