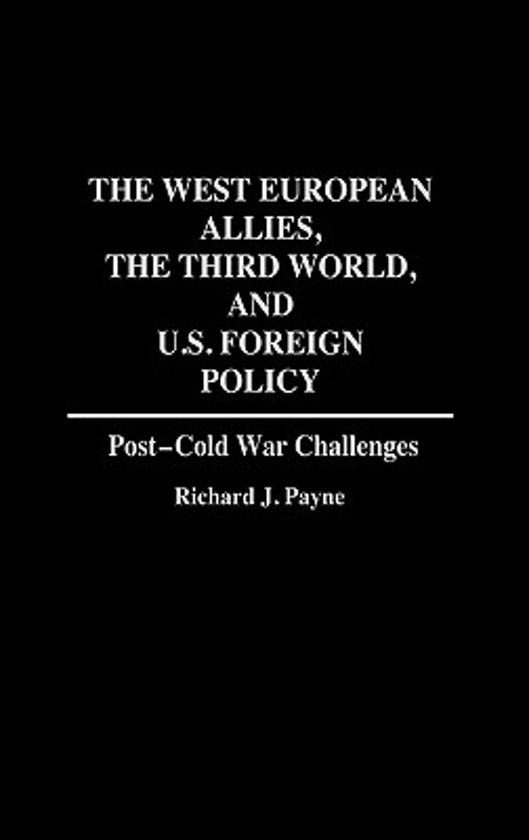 The recent and ongoing crises in the Middle East, the Persian Gulf, Central America, and southern Africa have been and continue to be approached in very different ways by the United States and its West European allies. Richard J. Payne shows how the many future challenges to the strategic alliance of the U.S. and the NATO countries will have to be adapted to a new and less confrontational world, emphasizing the international economic situation over political or ideological factors. Payne maintains that despite years of divergent views on how to handle Third World trouble spots, strains within the Western Alliance can be alleviated in the future by diplomatic and cooperative means. This book provides a comprehensive analysis of the underlying tensions, and cooperation, between the United States and Western Europe in their approaches to the Soviet Union, the Palestinian-Israeli conflict, the Iran-Iraq War and Iraq's invasion of Kuwait, the Nicaraguan Sandinistas, and the struggle for ideological and political control of southwestern Africa. American and European strategies and interests in the Third World greatly affected the broader issues of detente, Eastern-Western European relations, America's leadership abilities, and ultimately NATO itself. The lessening of ideological confrontations between Moscow and Washington, Payne affirms, was followed by the revolutionary changes in Eastern Europe. This volume will be used in courses on international relations, American foreign policy, world politics, Third World politics, global issues, and West European politics. It will also be of great value to political scientists and policymakers.
Toon meer Toon minder