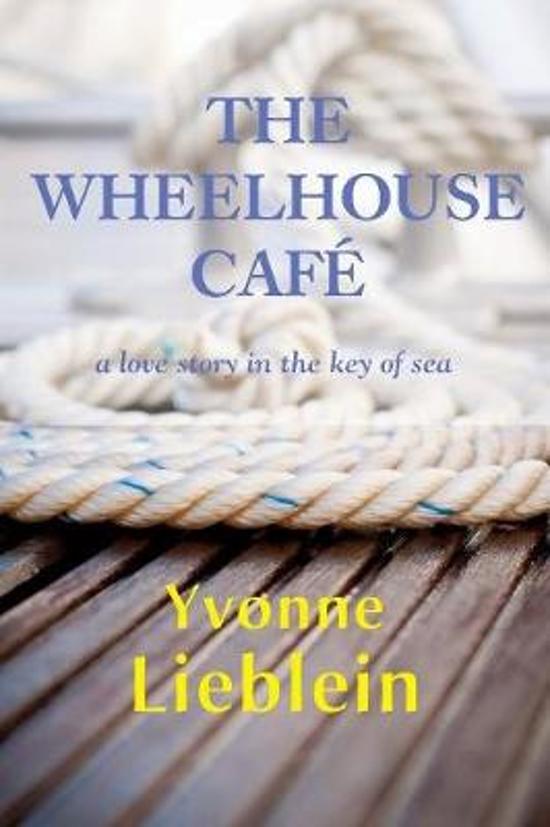 
It's 1994. Cell phones have yet to give seamen a bittersweet connection to the world they leave ashore, and Captain John Raymond has been riding the tides of loneliness for years. Lost in the choppy two-weeks on, two-weeks off rhythm of tugboat life, he feels most alone laying at anchor in New York Harbor because home is so close but seems a world away. The harbor is where John performs The Wheelhouse Cafe, singing over a marine radio in the wheelhouse. He doesn't know if anyone hears him . . . until he meets Arden McHale.
Arden is adrift when John finds her sobbing at the wake for Billy Mickelson, a tugboat captain lost at sea. She is terrified that her rejection of Billy's long-harbored love is the reason behind her childhood friend's tragic disappearance. Arden is also distraught that her go-to remedy of work marathons and round-the-clock cocktails fails to calm her waves of guilt and grief. Though John and Arden are from two different worlds, they share an intoxicating connection that threatens to derail Arden's budding romance with another man and makes John realize just how empty his life has become.
Soon after Billy's wake, Arden asks John to help protect her eight year-old nephew from his abusive father. John agrees to let the boy stow away on the tug until he's out of danger. During the ensuing adventure, the connection between John and Arden deepens as they talk over the marine radio set up in her apartment, and Arden swoons as she listens John sing in The Wheelhouse Cafe. But as John opens up to being heard and understood, Arden is faced with more questions than answers. Will she ever forgive herself for abandoning Billy? Can she let go of feeling responsible for his death? Is she capable of falling in love, especially with someone who's given his heart to the sea for so long?
Yvonne Lieblein is a poet, raconteur, creative producer, and communication strategist from the seaside village of Greenport, NY. Combining a story with a soundtrack is one of Yvonne's lifelong dreams, and her debut novel is anchored in music written and performed by her husband in the real Wheelhouse Cafe when he was a tugboat captain in the 1990s. Yvonne uses this songscape to capture the intensity, raw beauty, and isolation of life at sea. She hopes The Wheelhouse Cafe will inspire future collaborations between authors and musicians. "
Toon meer Toon minder