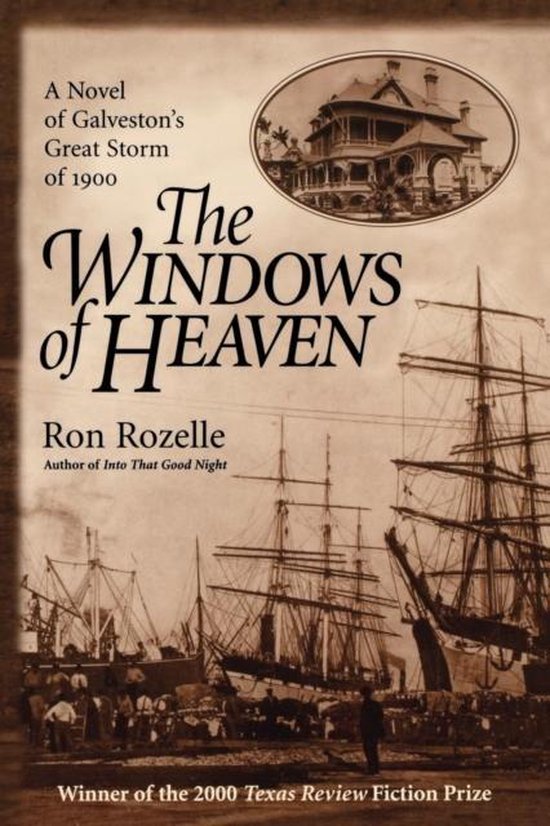 Set in Galveston during the 1900 storm, the most devastating natural disaster in the history of the United States, this sweeping novel follows the fates of several richly drawn characters. It is the story of Sal, the little girl who is wise beyond her years and who holds out as much hope for the world as she does for her father, the ruined son of a respected father. It is the story of Sister Zilphia, the nun who helps run the St. Mary's Orphanage. The only thing separating the two long buildings of the orphanage is a fragile line of sand dunes; the only thing separating Zilphia from the world is the brittle faith that she has been sent there to consider. A faith that has never been truly tested. Until now. And it is the story of Galveston herself, the grand old lady of the Gulf Coast, with her harbor filled with ships from the world over; her Victorian homes and her brothels and her grand pavilions set in their own parks; and her stately mansions along Broadway, the highest ground on the island, at eight feet above sea level. All must face their darkest night now, as nature hurls the worst she can muster at the narrow strip of sand and saltgrass that is doomed to become, for a time, part of the ocean floor. This is the story of heroes and villains, of courage and sacrifice and, most of all, of people trying desperately to survive. And it is the story of an era now gone, of splendor and injustice, filled with the simple joy of living. RON ROZELLE is the author of Into That Good Night (Farrar, Straus, Giroux), which was a finalist for the PEN American West Creative Nonfiction Prize and the Texas Institute of Letters Carr P. Collins Award. He lives in Lake Jackson with his wife Karen and their daughters and teaches creative writing and English.
Toon meer Toon minder