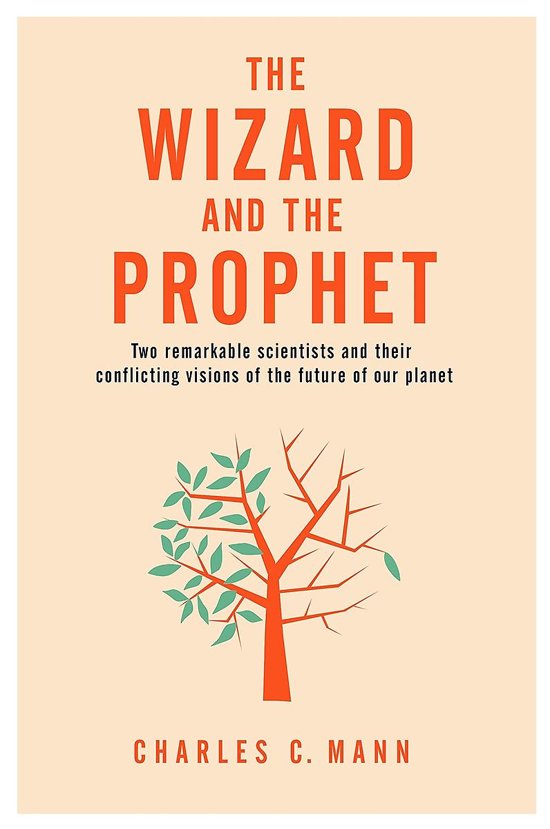 "Charles C. Mann (born 1955) is an American journalist and author, specializing in scientific topics. His book 1491: New Revelations of the Americas Before Columbus won the National Academies Communication Award for best book of the year. He is the coauthor of four books, and contributing editor for Science, The Atlantic Monthly, and Wired.

In just three decades - by about 2050 - the human population of the Earth will reach ten billion. This will present fundamental, even elemental, problems: How to feed ten billion? How to provide ten billion with water? How to keep ten billion warm in the cold and cool in the heat? And how to do all this without irreparably harming our planet? To explore these challenges, Charles C. Mann goes back to the 1950s and 60s and vividly brings to life two individuals who established the distinct schools of thought that still dominate our ideas about these issues. On the one hand is `the Prophet', ecologist William Vogt. Crippled by childhood polio, Vogt spent years struggling through the remotest regions of Latin America - including, memorably, the hellishly beautiful guano islands of Peru - to assemble what became the basic ideas behind today's global environmental movement. Environmentalists who have followed Vogt's lead see the world as bound by immutable biological limits and our rising affluence as a threat. Unless humankind drastically reduces consumption, they argue, our growing numbers and appetite will overwhelm the planet's ecosystems. On the other hand is `the Wizard', Norman Borlaug, the legendary plant-breeder who in 1970 won the Nobel Peace Prize. Born into abject poverty, Borlaug became the primary figure in the `Green Revolution' of the 1960s, which used new agricultural technology to raise global grain harvests, helping to avert tens of millions of deaths from hunger. Today, he has become the emblem of `techno-optimism' - the view that science and technology, properly applied, can help us produce our way out of our difficulties. To those who take Borlaug's position, affluence is not the problem but the solution. Only by getting richer and smarter, they say, can humankind invent and apply the new discoveries that hold the key to a prosperous tomorrow. Can we bend nature to our will or are we, like all other species, bound by its inexorable laws? Mann tackles this crucial question with eloquence, clarity and evenhandedness, exploring Vogt and Borlaug's ideas before turning to the fundamental problems raised by rising human demands on our planet and the possible solutions that each approach would demand. Ranging from Mexico to India, across continents and the earth's oceans, from the past to the present and future, brilliantly original in concept, wryly observant and deeply researched, The Wizard and the Prophet is essential reading for readers of Noah Juval Harari's Sapiens or Jared Diamond's Guns, Germs and Steel, for anyone interested in how we got here and in the future of our species.
Toon meer Toon minder