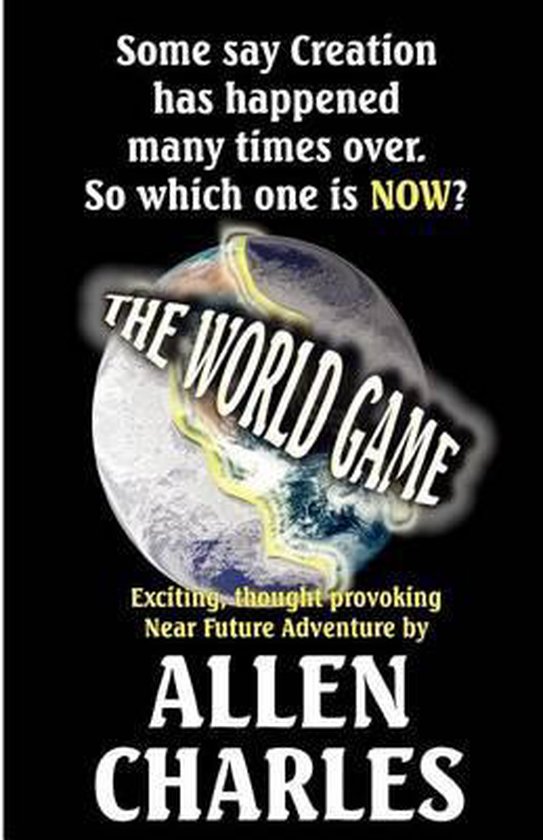 North Korea becomes the Korean Hegemony and Iran becomes the Iranian Islamic Empire by 2034. Two unstable regimes with nuclear weapons going head to head with each other. The USA, weakened militarily by decades of cutbacks that started in 2008, has only one weapon to stop the Iranian fanatics. An untested Anti-Matter-Device. (AMD) The US intelligence is able to disarm Korea, but the President is forced to use the AMD to stop Iran. But it is not that simple. This is the Seventh World Game, where seemingly immortal beings tune in to watch humanity destroy itself. They bet on the "acts" and are sustained by the emotional emanations of humans in love, distress and facing certain death. They bet on the outcome. They are watching you, right NOW, as you read this. They are probably betting on your ability to survive long enough to read the whole book. In future, there is an International Space City (ISC) which is serviced by shuttles from Goddard Sky Hook Center. The Sky Hook is a 27,000 mile high nano-carbon tube with a restaurant at the far end. Trams travel up and down inside the tube taking tourists into space, and the ISC, which is some 500 miles further out in space, is serviced by the NASA shuttles on the outside of the tube. Twenty top students from high schools all over the US have won places to visit the ISP, and they just arrive and get started when the hostilities break out. The Anti Matter Device works, but not as expected. Launched into space ahead of a catastrophically disintegrating planet Earth, the 20 students and a few other survivors of humanity, including ironically, the US President, are pitted against the leaders of Iran who have survived inside a bunker in a fragment of the Earth's crust, as well as simply surviving in hostile space. Meet Col. John Fuller and the saucy Commander Janine Carver who are in charge of the students. Root for the underdog, Sheila Johnson, assistant cook on the ISP who is forced to become a shuttle commander. She also happens to be a PhD. in Stochastic Processes and a Seventh Kishka in Pirogi Cholent martial arts. Explore Faster than Light travel using physics discovered by Nylast Dinkshif. Test out the NASA Youniforms and Buddies that make space survival possible, as well as some interesting love scenes. (Well, the immortals think they are interesting...) The Earthly conflict is continued in the midst of this destruction by the Iranian religious fanatics, even though it would mean extinction for all humanity. Then the story really gets exciting... The "immortals" switch to the Finale of the Series 7 Program, "The Universe's Got Talent." and start interfering even more with the survivors as they run for Alpha Centauri. And an unexpected conclusion.
Toon meer Toon minder