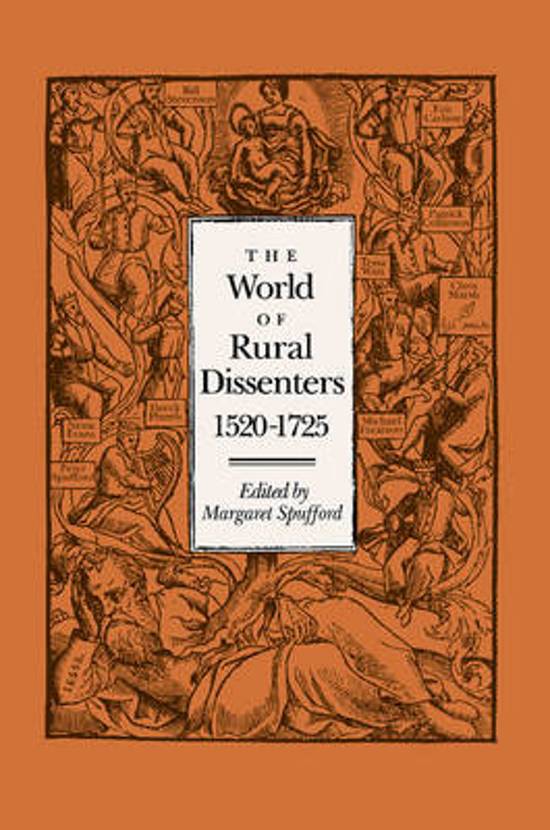 There has been dispute amongst social historians about whether only the more prosperous in village society were involved in religious practice. In this 1995 book, a group of historians working under Dr Spufford's direction have produced a factual solution to this dispute by examining the taxation records of large groups of dissenters and churchwardens, and have established that both late Lollard and post-Restoration dissenting belief crossed the whole taxable spectrum. We can no longer speak of religion as being the prerogative of either 'weavers and threshers' or, on the other hand, of village elites. In her own substantial chapter Dr Spufford draws together the mosaic constructed by the contributors, adds radical ideas of her own, and disagrees with much of the prevailing wisdom on the function of religion in the late seventeenth century. Professor Patrick Collinson has contributed a critical conclusion to the volume.
Toon meer Toon minder

Review of the hardback: 'The World of Rural Dissenters is of central importance not only to historians of religion but to all who are interested in the nature of early modern societies and in how to investigate them. The group directed by Margaret Spufford have settled many an old argument and through their expertise and enthusiasm have produced a challenging agenda for new research.' David Hey, The Agricultural History Review ...an absorbing and engaging collection of essays about much more than religious dissent in early modern England. Canadian Journal of History Such a richly textured and nuanced work could only be done in a country where the level of historical interest and sophistication is high, the scholars involved are known to and respected by each other, and where there is a press like Cambridge's willing to devote major resources to its publication. All involved richly deserve thanks and congratulations....This is an excellent book, densely researched, cogently presented, yet quite readable and informative. Any student dealing with the social background of religion in early modern England will have to come to terms with it. And we will all know more when they do. H. Larry Ingle, H-Net Book Review ...although the work is intended for a scholarly audience, it is easily accessible to a general reader interested in understanding better the social effects of early modern dissent. History ...comes together quite nicely into an integrated whole although its various essays are also capable of standing on their own....Overall, this book is an outstanding piece of collaborative historical research. Ronald Fritze, Sixteenth Century Journal This is a provocative book which will obviously provoke rethinking of assumptions about the religious sectarians. Seventeenth-Century News This is a rich, diffuse, and suggestive collection of fifteen essays by ten contributors arranged in ten chapters. Albion ...this is a fascinating book and deserves to be widely read. William B. Robison, The Journal of Modern History
Toon meer Toon minder