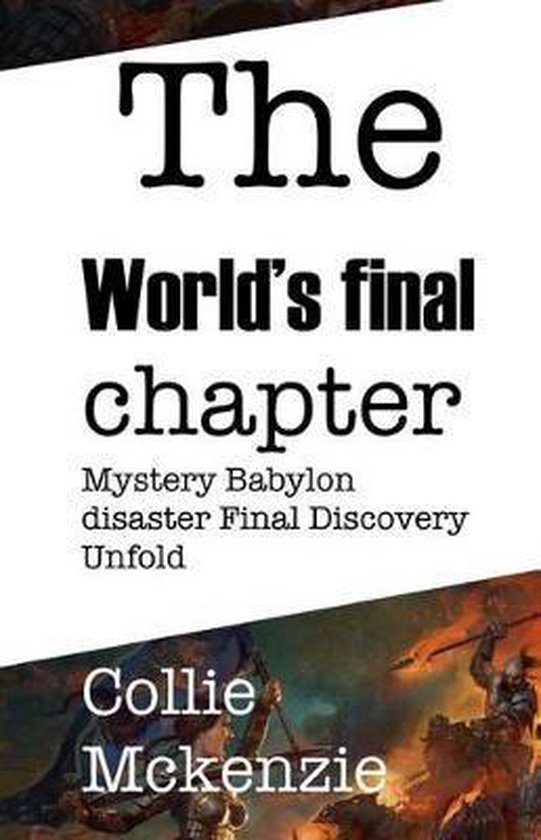 We are getting ready to experience one of the most endeavor we have ever encountered in our entire life. Sit back, turn the pages, and experience the best reads of your life. Little do you know The Obama and the leaders of our church have a secret sinister pact....To hide from the public the most terrible warning encrypted inside our holy Bible. The only prophecy that has remained obscured under thick veils to this day. Because according to the final chapters of the Bible. Obama will not finish his second term....He is the 44th and last president of the United States of America. And our country and every American citizen are about to face the greatest bedevilment... From an enemy fiercer and more powerful then Isis, al Qaeda, North Korea and Iran combined.. Right now, only a handful of church leaders know the true meaning of this biblical become prophecy and they swore a blood oath to take this sacred Secret to their graves.. Because if this leaks out. It will cause panic among all faithful followers of the words of our Lord....Obama himself is on aware of the extent of the massacre that is to come and that there is nothing anyone can do to prevent this from happening. This ancient prophecy coded within the visions of 4 men. These four Evangelists are John the Apostle, Jeremiah, Isaiah and Ezekiel. They were chosen to give a very precise and terrifying warning of things to come in the end of times... This prophecy will fulfill the act of God. And the world as we know it will perish flames. Therefore, before going any farther I must warn you: What you are about to here is deeply disturbing... Because it would link current events to ancient Biblical prophecies, step by step. Once you discover the chilling evidence of the words of our lord coming true, there is no turning back! the revelation so powerful... When you see the biblical evidence that this great unavoidable ruination Will come to reality. It will simply be impossible for you to go about your daily life like you used to... Before knowing the truth. And it all starts with one simple question. Does it not seems odd to you that America, The richest and the most powerful country today, The only country who has liberated other nations from evil. The greatest evangelical nation on the earth. IS NOT EVEN MENTIONED IN THE BIBLE? After all, as we know, the Bible accurately predicts so many other historical events: The two world wars. Man reaching out of space. And return of the Jews to their homeland after centuries of exile... All of these events were seen and described by the prophets in their writings...America played the key role in all of this...Yet, The church does not teach America's place in the Bible... And there is a very good reason for that. One which I will reveal in a few moments. I will show you exactly why this knowledge is a closely guarded Secret I need you to see what we are getting closer and closer to fulfilling this ancient prophecy. As the world leaders and their armies are covertly maneuvered into place in preparation for that event that lead to the second coming of our Lord and Savior Jesus Christ... Most importantly, you will see the exact reason why this prophecy will come true. Before the 1st January 2017...And you will know God's wrath will bestow upon our lands with great Vengeance. "But I will warn you whom to fear: fear him who, after he has killed, has authority to cast into hell.Yes, I tell you, fear him! Luke chapter 12 verses 5. The adversaries of the Lord shelby broken to pieces: against them he will thunder in heaven. The Lord will judge the ends of the earth;He will give strength to his king and exalt The power of his anointed. 1 Samuel chapter 2 verses 10. "But these all written so that you may believe that Jesus is the Christ, the Son of God, and that by believing you may have life in his name." John chapter 20 verses 31. As it is God's will that you are here now, witnessing the unmasking of evil.
Toon meer Toon minder