The Writings of Hancock 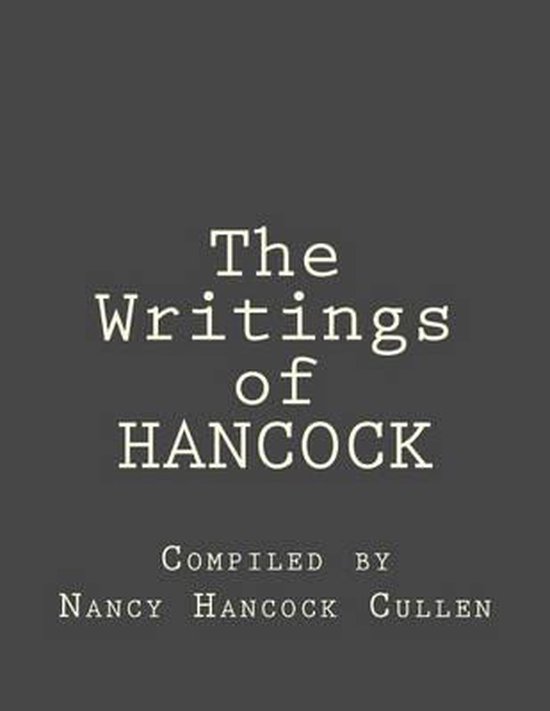 In November 1999 during one of Dad’s good days and when hope was still alive that he would be with us a while longer, Dad talked about the book he wanted to write. He had more events, things and people he wanted to write about and compile. At some point later, when Dad knew he was on his way to the other side, He began to tie up as many loose ends as best he could. One was turning over a navy blue vinyl portfolio that contained his writings. I knew Dad did some writing, but was not aware of how much he had written over the years until He had passed and final preparations were being made for his “going home” service. No one can finish the book Dad wanted to write, but contained in this volume is a compilation of those things he did write. Originally, it was in loose-leaf form and only given to immediate family. This was for two reasons: First, because, at the time we thought other pieces of his written wisdom might still surface. Second had to do with my response to his words as I compiled them: As I read through his thoughts, I felt a need to write those responses down, a sort of journal as I processed Dad’s departure from us into God’s presence. Since the first distribution was only a few weeks after Dad’s passing, I wanted to leave room for other immediate family to do the same; to respond to what Dad wrote, personally. In any case, at that time, it was too soon for me to say, “it is finished”. It is now fifteen years later and it is time to share this on a wider scale. Dad’s grandchildren have grown, great grandchildren are emerging so this work is first for them. That they may know from Dad’s own hand, his thoughts, words, struggles and feelings. But perhaps there will be others that will relate, be encouraged, challenged, even provoked. So we are allowing you access
Toon meer Toon minder