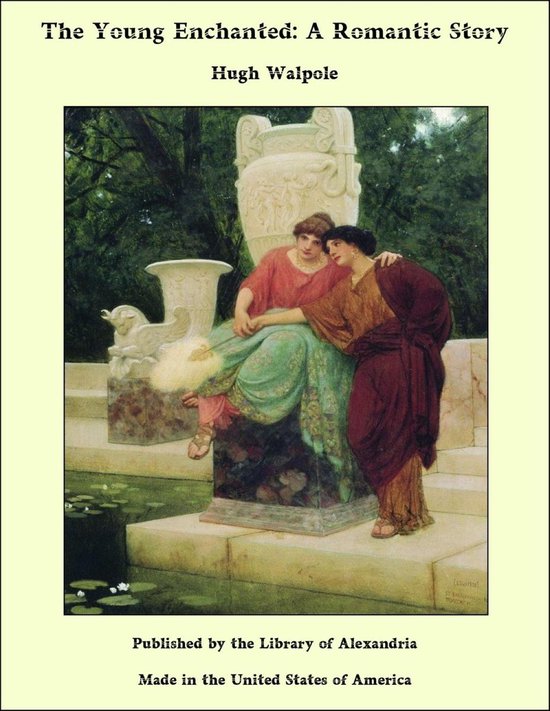 Young Henry Trenchard, one fine afternoon in the Spring of 1920, had an amazing adventure. He was standing at the edge of Piccadilly Circus, just in front of Swan and Edgar's where the omnibuses stopped. They now stop there no longer but take a last frenzied leap around the corner into Regent Street, greatly to the disappointment of many people who still linger at the old spot and have a vague sense all the rest of the day of having been cheated by the omnibus companies. Henry generally paused there before crossing the Circus partly because he was short-sighted and partly because he never became tired of the spectacle of life and excitement that Piccadilly Circus offered to him. His pince-nez that never properly fitted his nose, always covered one eye more than the other and gave the interested spectator a dramatic sense of suspense because they seemed to be eternally at the crisis of falling to the ground, there to be smashed into a hundred pieces—these pince-nez coloured his whole life. Had he worn spectacles—large, round, moon-shaped ones as he should have done—he would have seen life steadily and seen it whole, but a kind of rather pathetic vanity—although he was not really vain—prevented him from buying spectacles. The ill-balancing of these pince-nez is at the back of all these adventures of his that this book is going to record. He waited, between the rushing of the omnibuses, for the right moment in which to cross, and while he waited a curious fancy occurred to him. This fancy had often occurred to him before, but he had never confessed it to any one—not even to Millicent—not because he was especially ashamed of it but because he was afraid that his audience would laugh at him, and if there was one thing at this time that Henry disliked it was to be laughed at. He fancied, as he stood there, that his body swelled, and swelled; he grew, like 'Alice in her Wonderland,' into a gigantic creature, his neck shot up, his arms and his legs extended, his head was as high as the barber's window opposite, then slowly he raised his arm—like Gulliver, the crowds, the traffic, the buildings dwindled beneath him. Everything stopped; even the sun stayed in its course and halted. The flower-women around the central statue sat with their hands folded, the policemen at the crossings waited, looking up to him as though for orders—the world stood still. With a great gesture, with all the sense of a mighty dramatic moment he bade the centre of the Circus open. The Statue vanished and in the place where it had been the stones rolled back, colour flamed into the sky, strange beautiful music was heard and into the midst of that breathless pause there came forth—what? Alas, Henry did not know. It was here that the vision always stayed. At the instant when the ground opened his size, his command, his force collapsed. He fell, with a bang to the ground, generally to find that some one was hitting him in the ribs, or stepping on his toes or cursing him for being in the way. Experience had, by this time, taught him that this always would be so, but he never surrendered hope. One day the vision would fulfil itself and then—well he did not exactly know what would happen then. To-day everything occurred as usual, and just as he came to ground some one struck him violently in the back with an umbrella. The jerk flung his glasses from his nose and he was only just in time to put out his hands and catch them. As he did this some books that he was carrying under his arm fell to the ground. He bent to pick them up and then was at once involved in the strangest medley of books and ankles and trouser-legs and the fringes of skirts.