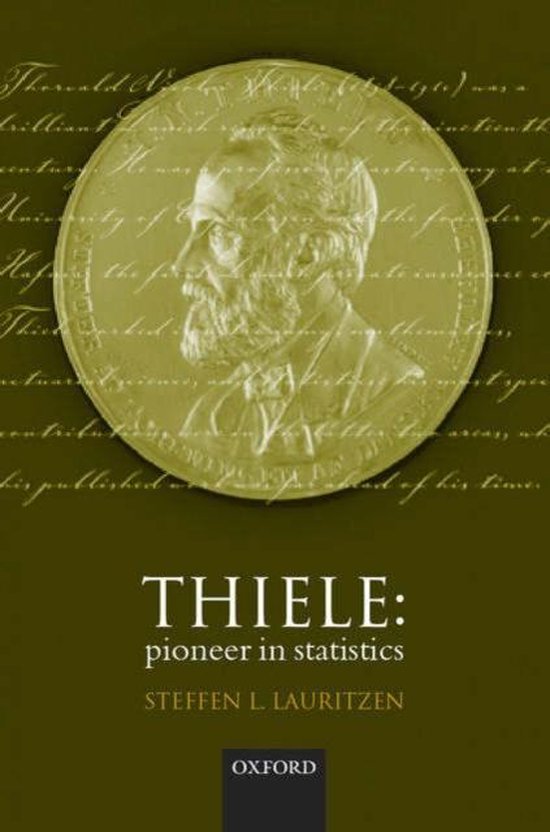 Thorvald Nicolai Thiele was a brilliant Danish researcher of the 19th Century. He was a professor of Astronomy at the University of Copenhagen and the founder of Hafnia, the first Danish private insurance company. Thiele worked in astronomy, mathematics, actuarial science, and statistics, his most spectacular contributions were in the latter two areas, where his published work was far ahead of his time. This book, written for researchers and graduate students of statistical, science and mathematics history, is concerned with his statistical work. It evolves around his three main statistical masterpieces, which are now translated into English for the first time: 1) His article from 1880 where he derives the Kalman filter; 2) His book from 1889, where he lays out the subject of statistics in a highly original way, derives the half-invariants (today known as cumulants), the notion of likelihood in the case of binomial experiments, the canonical form of the linear normal model, and develops model criticism via analysis of residuals. 3) An article from 1899 where he completes the theory of the half-invariants. Thiele - Pioneer in Statistics also contains three papers, written by A. Hald and S.L. Lauritzen which describes Thiele's statistical work in modern terms and puts them into an historical perspective. The texts are supplemented with introductory material on Thiele's life and other interests, as well as with explanatory comments from the translator in the form of footnotes.
Toon meer Toon minder