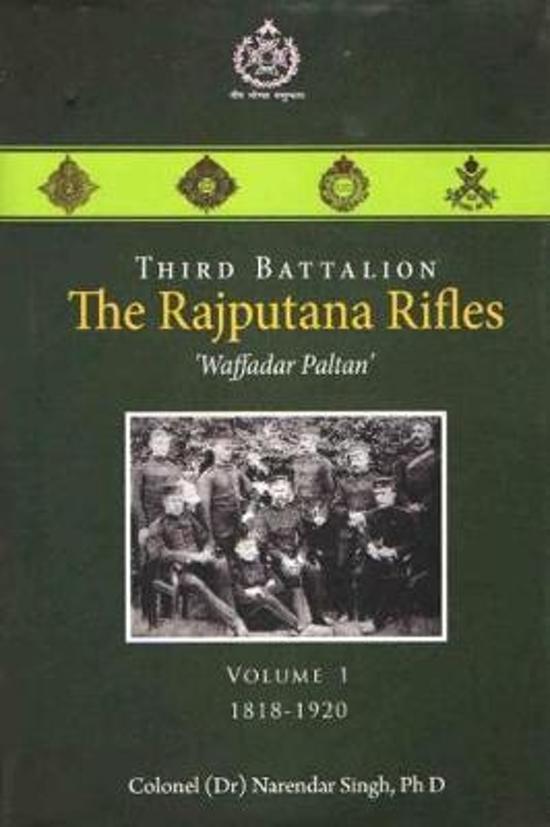 For centuries, fame and fortune was to be found in India. In the 16th and 17th centuries, India called out to those in search of riches and adventure. The British were the last European Nation to sail to India to trade. The British Empire in India began with the East India Company, incorporated in 1600 by the Royal Charter of Her Majesty Queen Elizabeth I, to trade with India. In two centuries, the East India Company became Master of a vast country, by extortion, doublespeak and outright corruption, backed by violence and superior force composed of Indians. The British had come as adventurers but found the lure of this country too strong not to adopt to some customs and traditions of local population. In military organizations the British initially adopted the system of allowing Kings to rule but appointed British Regents. The history of the 3rd Battalion shifts the centre of gravity of success onto the Indian Officers who being waffadar rode the tide to establish the British Empire in India. The British were ruthless in ensuring discipline and fidelity. The book is set in chronological order as events unfolded, but also narrates events and draws some important lessons out of it. The Battalion within a month of raising was put to test at Pritchetgarh. It was actively involved in eliminating the remnants of the Peshwa Army. The Battalion was used to suppress and bring Gujarat and Kutch under control of the British Empire. Maharaja Gaekwad of Baroda was Browbeaten. The Battalion formed part of the Army of the Indus. It primarily secured the Sindh and kept the Amirs of Sindh under control. It was here that battalion marched 40 miles within 24 hours to ensure Sher Mohamed, the Lion of Manipur withdrew his force from Tatta. The battalion participated in the Persian Campaign of 1856 in the Battles of Bushire and Khushab. In 185, the Battalion was at Satara and ensured no rebellion takes place. For its loyalty the battalion was designated Waffadar Paltan. The battalion saw action in China during the Boxer rebellion and in Aden. It also had the privilege of hosting His Royal Highness Prince of Wales, in 1875. The battalion participated in Mesopotamia and then in North West Persia during World War I. The Battalion participated in the Coronation Hockey Tournament and was runner up. Musketry had always been its core strength. The recruiting base of the battalion kept on changing as the British Empire expanded. From Marathi and Konkanis, the recruitment base expanded to Rajputs, Muslims from Gujarat and Central India.The book extensively covers the structure changes such as double battalion, double companies, linked battalions, mounted infantry, camp followers. There is enough fresh scholarship and exploration of the pain and joy in accomplishment of a mission. Failures have been narrated along with successes. In Army all is not war. The book covers social aspects, life at the outposts and interpersonal relationships as well as reforms.
Toon meer Toon minder