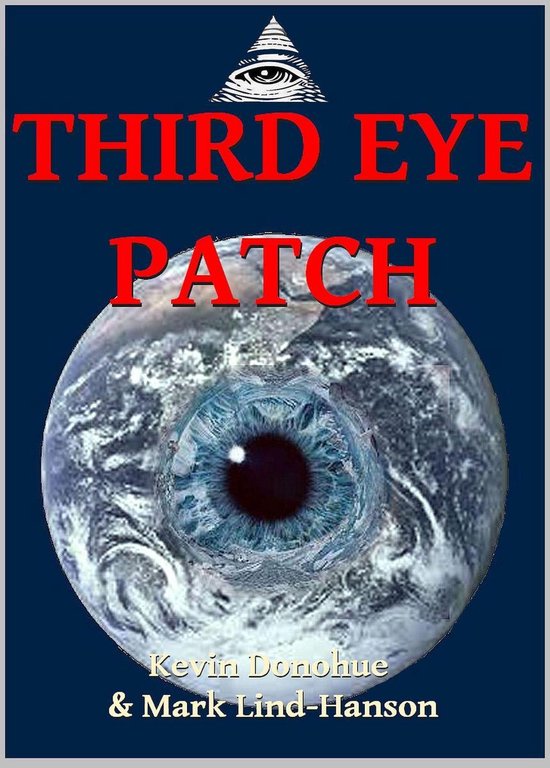 Third Eye Patch has it all: Adventure, Suspense, Romance, High Tech, Zen, and even a little taste of Speculative Science Fiction. The Third Eye Patch is a biomedical device designed to cure addictions naturally. It's worn on the user's forehead in close proximity to the frontal lobes. "3EP' also unleashes telepathic-like powers, as Patch creator Mike Chen and his friends discover as they flee from snoops and assassins from Big Pharma and the U.S. Government. Mike is an has-been best-selling writer whose fifteen minutes of fame are sadly behind him. After getting swindled in a shaky business deal and the walkout of his latest girlfriend (the very beautiful but fragile Beta Bronski), Mike has come to the conclusion that sure, he's a royal fraud (albeit a very entertaining one) and always was one, too. Why not announce it to his dwindling "customers' in a last chance Hail Mary Pass comeback bid? After all, the snake oil he had long peddled never really hurt anyone. A very broke Mike hooks up with his first wife, the notorious literary agent Jennifer Morgan, at his father's funeral service. "Jenny the Red' offers him a job with The Table Foundation, the brainchild of brilliant "outlaw' electronics billionaire, Boffin Syznic. In a fit of inspiration, Mike proposes the Third Eye Patch, a meditative patch (similar to a nicotine patch) that delivers a calming pulse instead of added nicotine and other drugs. Never mind that he originally conceived the gadget in an abandoned science fiction novel. Syznic flips out over the idea because he is positively sure that the Patch is indeed viable. He commissions Mike to undertake a journey, a quest: The Search for the Lost Chord, or more accurately, the elusive melody that will be chosen as the algorithm for the meditative patch: The Third Eye Patch! Along with musicologist Steve Shank, Mike's odyssey takes him to Athens, Macedonia, Istanbul, Kathmandu, Delhi, and the Central Asian Republic of Tuva. All along this incredible jaunt, the pair are shadowed by nosy reporters and shadowy assassins. Why? Maybe because powerful special interests like PerryPharm ( the Mega Perry Pharmaceutical Corporation) cannot allow a meditative patch that promises, in the words of Boffin Syznic, "A life of optimal health and happiness for Humankind" to ever see the light of day. This so-called Third Eye Patch—if proved viable—is an intolerable threat to their ironclad control of the masses and it must be stopped right in its tracks. Syznic is also involved with the OtherNet, a truly independent alternative to the Government and Corporate sponsored Internet. A shadow agency of the United States Government, the National Agency of Science and Technology (NASTY), has been directed to appropriate the Patch at any cost. Ruthless spymaster FW Piltdown is dispatched to the West Coast, where he recruits and brainwashes Beta Bronski to spy on the Table Foundation in the name of "National Security'. Piltdown is convinced that acquiring the Patch's technology will lead him directly to the OtherNet, which must be nipped in the bud. Agent Bronski's mission: acquire the Patch by "any means', and pass its secrets on to both the Government, and ComCo, a "consortium' of special corporate interests, to "maintain the balance of power". The most powerful players in ComCo are misogynic Peter Derringer, CEO of McCool Co, and Fister Perry, the hypochondriac power hungry CEO of PerryPharm. Will the United States Government succeed in suppressing the OtherNet? Can Fister Perry shut down the Third Eye Patch and protect his bottom line? Or will Mike Chen ever realize his quest for the "Betterment of Humankind', along with a comfortable amount of cash?