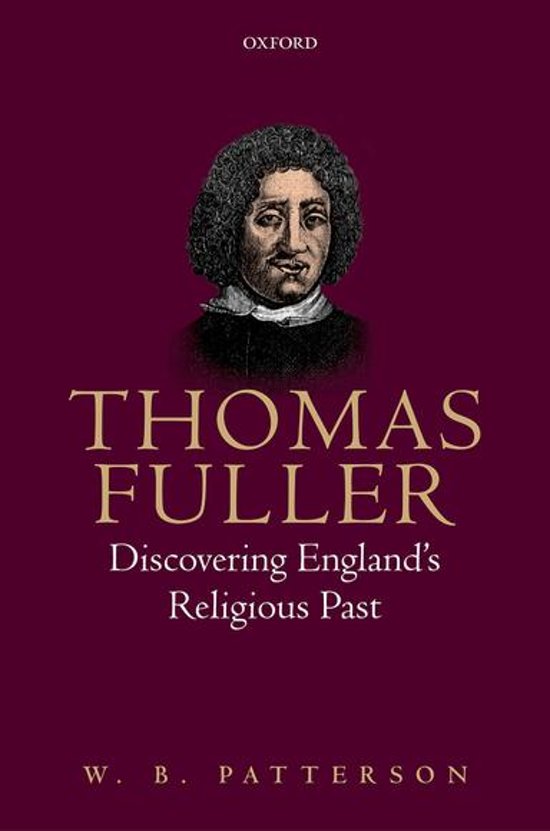 Long considered a highly distinctive English writer, Thomas Fuller (1608-1661) has not been treated as the significant historian he was. Fuller's The Church-History of Britain (1655) was the first comprehensive history of Christianity from antiquity to the upheavals of the Protestant and Catholic Reformations and the tumultuous events of the English civil wars. His numerous publications outside the genre of history-sermons, meditations, pamphlets on current thought and events-reflected and helped to shape public opinion during the revolutionary era in which he lived. Thomas Fuller: Discovering England's Religious Past highlights the fat that Fuller was a major contributor to the flowering of historical writing in early modern England. W. B. Patterson provides both a biography of Thomas Fuller's life and career in the midst of the most wrenching changes his country had ever experienced and a critical account of the origins, growth, and achievements of a new kind of history in England, a process to which he made a significant and original contribution. The volume begins with a substantial introduction dealing with memory, uses of the past, and the new history of England in the late sixteenth and early seventeenth centuries. Fuller was moved by the changes in Church and state that came during the civil wars that led to the trial and execution of King Charles I and to the Interregnum that followed. He sought to revive the memory of the English past, recalling the successes and failures of both distant and recent events. The book illuminates Fuller's focus on history as a means of understanding the present as well as the past, and on religion and its important place in English culture and society.
Toon meer Toon minder

In Thomas Fuller: Discovering England's Religious Past, W. B. Patterson has written a thoughtful, insightful, and generally interesting account of Thomas Fuller, who had a unique position in the seventeenth century to view the chaotic political changes that accompanied his age. Patterson's ability to weave this intellectual biography between a micro and macro-historical study speaks to his ability as a writer and researcher ... I would recommend Thomas Fuller: Discovering England's Religious Past to any individual interested in the seventeenth century or in British history generally. It would also make a great addition to a graduate-level reading seminar or even as a reading for an advanced undergraduate course in the Tudor-Stuart era. * Seventeenth-Century News * Patterson effectively sketches Fuller's gregarious, yet deeply introspective, personality, which personalizes both his work as a historian and the unsettled times in which he lived. Patterson's work is a convincing reassessment of one of the major early modern English historians and a nuanced account of the social, theological, and political unrest of 17th-century England. * Jonathan Badley, Reading Religion *
Toon meer Toon minder