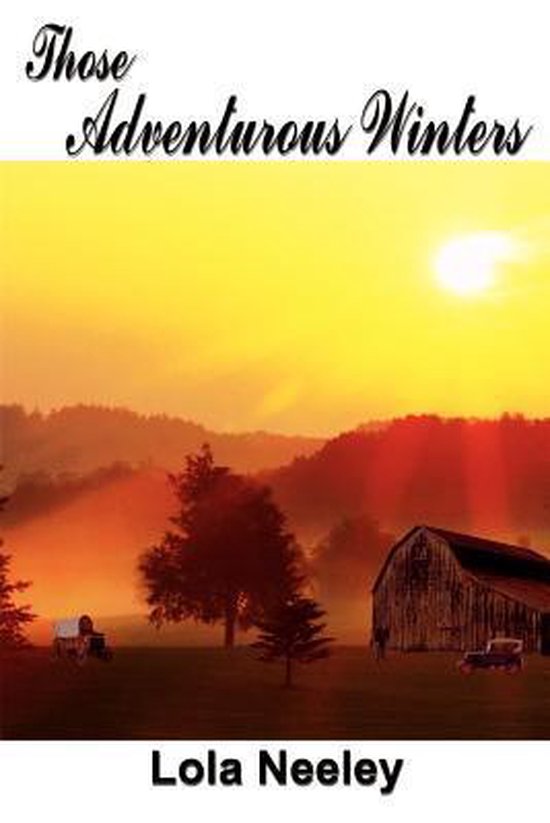 Sixteen-year old, Bob Winter, son of Jacob and Abby Winter, left home to see the world. He was tired of being on the family farm where he, his six brothers, five sisters and parents lived in mostly happy pandemonium. Bob joined up with some young men who like himself, were hell bent on adventure, rustling a few cattle only to be chased by a posse. His friends were caught and hanged as Bob watched from a plum thicket where his horse had thrown him before it had run off. ob, afraid the posse was still looking for him and afraid he would receive the same punishment as his friends, kept to a trail that led away from the direction of the posse. After living by his wits, experiencing hunger, cold and danger and with the aid of an old mountain man, he survived. He returned to his family near his 18thbirthday.Papa Winter was the head of the family and ran a strict system of what each member of the family's duties were and which chore was performed at what time. Everyone had to work to feed the family of fourteen every day. As each son became of an age to take over a job held by an employee, the employee was let go and the son knew he was now responsible and did his duty without hesitation or argument. Five hundred acres of farm and pasture land for their large dairy herd, which was milked morning and night by hand, kept every family member occupied. In the summer, the two older girls helped with the milking, allowing the boys to get into the field at daybreak where they worked until dark every day except Sunday during harvest time. Jenny, the eldest daughter was allowed to go to London to study dress design, which she had dreamed of all her life. She spent years of study at Arlton's, a fashion school and manufacturer of fine clothes and materials coveted by women everywhere. That is where she met, fell in love with and married James Arlton, the son of Lady Arlton, the head of Arlton's Designs. Each of the Winter boys always wanted to see over the next hill. Weldon, Weld for short, was more eager than the rest. Traveling from Kansas to California by horse and boxcar, or on the very new steam locomotives when available. After a year, he continued his travels to London then to Paris, experiencing life as he had never known it. Women chase after both Weld and Bob, but neither was ready to settle down. Weld loved the ladies but would never take advantage of a good girl, nor would any of the Winter men. They would dance and do a little petting, but when it came to calming their biological urges, they close women that had no interest in anything more than sexual pleasure. All the Winter men were experts in the art of lovemaking. Henry and Jack followed Weld's lead and went to London, citing the need to see their sister. Jack ended up in Paris, posing for the same artist that had sculpted a life-sized nude of Weld and he visited some of the establishments Weld had visited. Both of them ended up having relations with the same well-known lady of the night. Jack made many friends before going back to London, where he decided to stay and work for his sister. When the owner Harve, of the Bar-X-Z passed away, he willed one-third of his ranch to Weld, a third to his wife, and a third to his very spoiled daughter. He had taught Weld every aspect of the running of the ranch, including the financial end. Weld gave his word that he would see to it that Harve's family are protected and are cared for. Bob took off from the farm to do some Marshalling and a bit of travelling of his won. He ended up in California at the Bar-X-Z where Weld taught him everything about caring for the ranch while he took off to wander around and ended up visiting his family at the home farm. While weld was visiting, Jacob, his father was kicked in the head by a stallion and died. Weld's mother, Abby, died just hours later. She and Jacob had been deeply in love their entire lives. She just could not face life without her beloved husband. Three of the Winter men were married by then, having farms and families of their own. They needed money to build and plant crops. The will had been read giving information on deeds, monies and requesting care of the three small daughters. They w ere letting the family decide whether to keep or sell the farm, dividing the funds between them if they sold. Long tedious preparations and decisions over how to manage everything, fairly took the best part of the year. They were and still are strong love matches, romances and dalliances by the Winter men, but always as gentlemen. The farm is still in the Winter family where the influence of Jacob and Mary Winter's strong family creed still guide the new generations.
Toon meer Toon minder