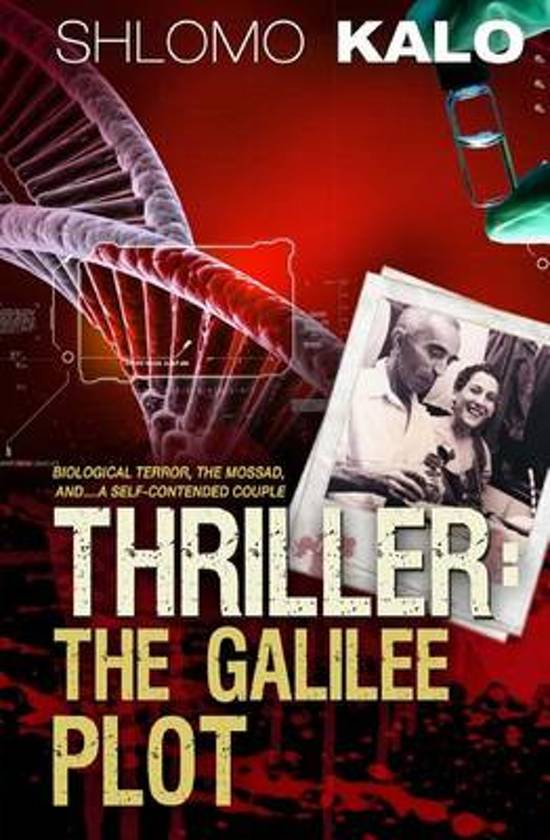 A lethal microorganism, adapted to attack only the DNA of Jews, is running riot in a settlement in Galilee. Racially motivated biological terror is the chilling specter evoked by renowned storyteller Shlomo Kalo in this fast-moving and thought-provoking novel. While on vacation in Zurich, an Israeli microbiologist and his wife learn of a frightening development back in their homeland. A former colleague of the husband, now a radicalized Muslim, has set lose from afar a disastrous strain in Israel. The couple along with the Mossad are drafted in to avert disaster. As the story races from Zurich to Berlin, New York to Israel, the thrilling plot is interlaced with philosophical and spiritual insights about life in today's chaotic world, as we root for the humorous and harmonious couple to save the day. "This work of Kalo's is an interesting, fast-paced read, and a story very relevant in these recent troubled days. I was particularly charmed by the narrator's relationship to his wife, which comes across with much tenderness amidst the worry and intrigue of the main plot." Millicent Bennett, HarperCollins, US
Toon meer Toon minder