Through the Gates of Good Or, Christ and Conduct (annotated with Biography about James Allen) 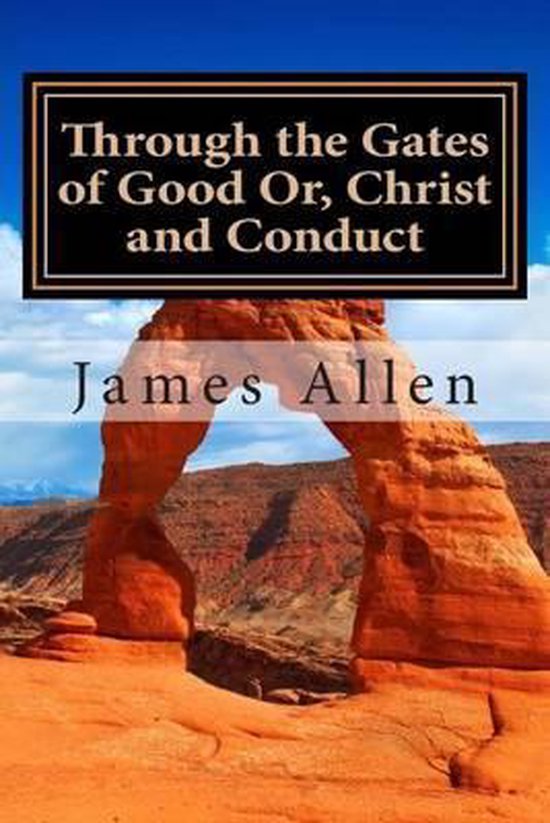 James Allen was born in Leicester, England, in 1864. He took his first job at age 15 to support his family, after his father was murdered while looking for work in America. Allen was employed as a factory knitter and a private secretary until the early twentieth century, when he became increasingly known for his motivational writing. His 1903 work As a Man Thinketh earned him worldwide fame as a prophet of inspirational thinking and influenced a who's-who of self-help writers, including Napoleon Hill, Dale Carnegie, and Norman Vincent Peale. Allen died at age 47 in 1912.
Alles van James Allen
Toon meer Toon minder

The genius of the present age in matters spiritual is towards simplicity, and the hunger of the human heart is for Truth naked and uninvolved. That hunger will eventually bring about (is already bringing about) its own satisfaction, and here and there are men and women who, passing through the Gateway of Self-conquest, are entering into possession of the Transcendent Righteousness.The closing years of the nineteenth century witnessed the culmination of Formalism, and the spiritual reaction is now firmly established. Already "the end of old faiths and beginning of the new" is discernible to all who have removed from their mental vision somewhat of the textual dust of dying creeds, and have penetrated, however faintly, that sublime region of Truth which is discoverable only by practice, and which is made manifest by pure thoughts and holy deeds.The universal decay of effete religious systems which the world is witnessing today is matter for rejoicing; it is the death which precedes Life; it is the passing away of the false in order that the True may be more fully revealed. The True can, at worst, but remain hidden. It endures. It remains forever. Its invincibility cannot be qualified, and he who has but one momentary glimpse of the True can never again be anxious for its safety. That about which men are anxious is the false, which they mistake for the True, and this, in spite of all their anxiety, must fade away at last.In the lives of all the Great Teachers we see a manifestation of that Universal Truth, the majesty and splendor of which is as yet but dimly comprehended by mankind, but which must, during the gradual transformation and transmutation which the accumulating ages shall effect, at last become the possession of all. That Truth, as manifested by the Teachers, was written by them, as it only can be written, in thoughts and deeds of the loftiest moral excellence which have been permanently impressed upon the mind of mankind by their embodiment in perceptual form. It is to the sweet lives and inspiring words of these mighty Teachers that the eyes of a hungering and thirsty world are again being turned, and the Light of Life is being lighted up, the world over, in hearts that are ready to attune themselves to the Eternal Song of Love and Peace. What religions have failed to do, Religion will accomplish; what the Priest has obscured, the Spirit of Truth in the heart of man will make plain, and the world is now finding spiritual healing and refreshment in turning away from traditional and historic accretions, and going back to the pure Fountain of Truth as revealed to them so simply, clearly and beautifully by their blameless Teachers, and which had its inexhaustive spring within themselves.To aid men and women (more particularly those in Christian countries) more speedily to find this abiding Truth, these articles, setting forth the life and precepts of Jesus, were written. Formalism and self were heavy burdens to carry, and in directing the minds of men to blamelessness of conduct and purity of heart, I know I can leave the result with the Supreme Law, and that there are those who will read and, having read, will pass from the burdensome complexities of ignorance and formalism to the joyful simplicity of Enlightenment and Truth.This version of the classic book includes a biography about the life and times of James Allen.
Toon meer Toon minder