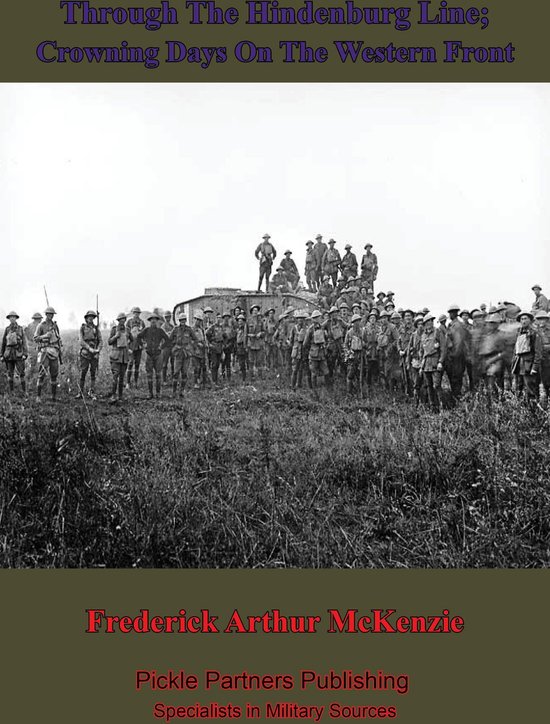 Arthur McKenzie was a member of the fiercely proud band of Canadians who made that trip across the Atlantic to fight alongside the British other Dominion troops. He served from the days of 1915 to the end of the war in 1918, surviving the many terrible dangers of the front-line. He recounts the tales of the band of brothers that he fought with, and the "family" feeling that permeated the Candian troops from the commanding General right down to the lowliest private.


The author's main focus is in describing his experience in the battles that he took part in during 1917 and 1918 as the title suggests including at Vimy ridge and at Passchendaele and Amiens in 1918. He describes the different elements of trench warfare, from raiding the enemy line with knob-kerries and grenades, to the shelling, tanks and mayhem of a full offensive "push".


Text taken, whole and complete, from the edition published in London, Hodder and Stoughton, 1918.