Thwarted Queen, the Complete Version The Entire Saga about the Yorks, Lancasters, and Nevilles, Whose Family Feud Started the Wars of the Roses 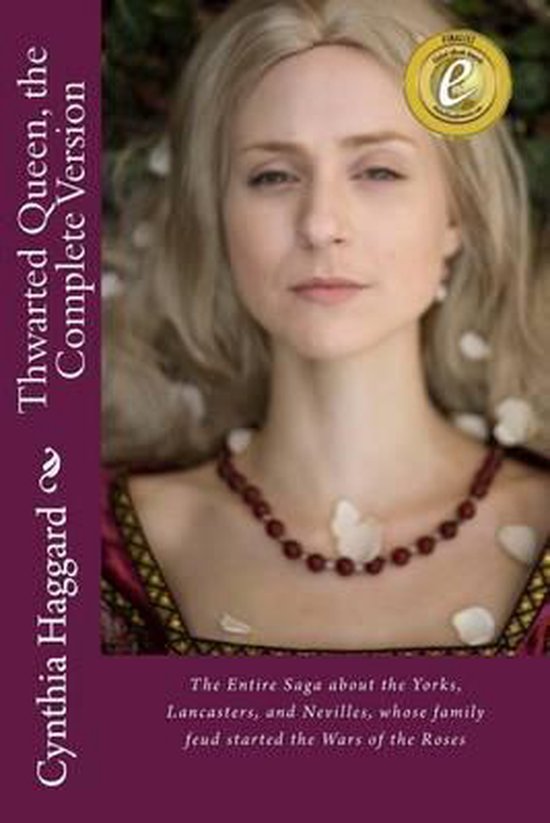 THWARTED QUEEN is a portrait of a woman trapped by power, a marriage undone by betrayal, and a King brought down by fear. The event that fuels the narrative is Cecylee’s encounter with Blaybourne, a handsome archer, when she is twenty-six years old. This love affair produces a child (the “One Seed” of Book II), who becomes King Edward IV. But how does a public figure like Cecylee, whose position depends upon the goodwill of her husband, carry off such an affair? The duke could have locked her up, or disposed of this illegitimate son.But Richard does neither, keeping her firmly by his side as he tries to make his voice heard in the tumultuous years that encompass the end of the Hundred Years War - during which England loses all of her possessions in France - and the opening phase of the Wars of the Roses. He inherits the political mantle of his mentor Duke Humphrey of Gloucester, and become’s the people’s champion. The rambunctious Londoners are unhappy that their country has become mired in misrule due to the ineptitude of a King prone to fits of madness. Nor are they better pleased by the attempts of the King’s French wife to maneuver herself into power, especially as she was responsible for England’s losses in France. But can Richard and Cecylee prevail? Everywhere, their enemies lurk in the shadows. This book is filled with many voices, not least those of the Londoners, who forged their political destiny by engaging in public debate with the powerful aristocrats of the time. By their courageous acts, these fifteenth-century Londoners set the stage for American Democracy.
Toon meer Toon minder

Extra groot lettertype
Nee
Subtitel
The Entire Saga about the Yorks, Lancasters, and Nevilles, Whose Family Feud Started the Wars of the Roses