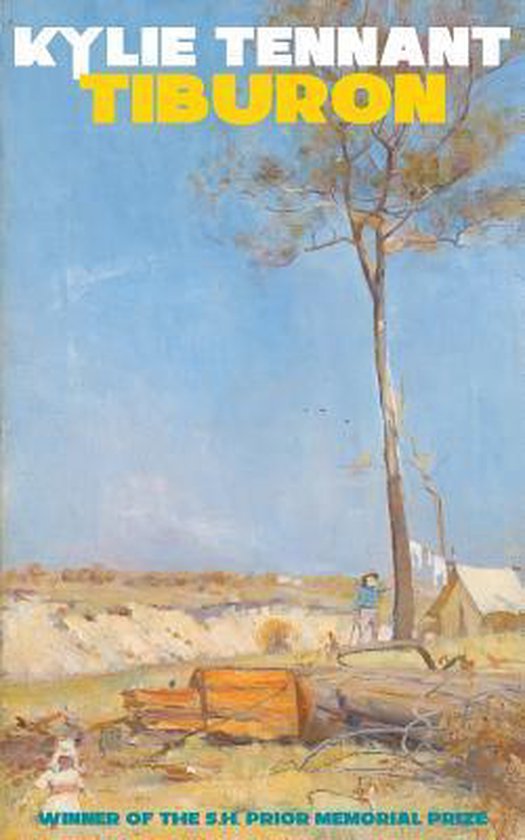 FIRST INTERNATIONAL PUBLICATION Welcome to the colourful world of the White family. It is the early 1930s, the Great Depression, and they have fallen on hard times. Like many others, they have been 'on the road', travelling in search of work, but have now settled in the travellers' camp at Warning Hill, just outside the country town of Tiburon in central New South Wales, living in a hut of their own making. Dave White, the patriarch, is so only in his own estimation. His hard drinking, sly wrangling, complaining and leeching dependency drive his motherless children mad. The older children are spread across Tiburon in jobs of questionable security in these tough times, while the younger ones go to school fitfully. Hopefully, the advent of Miss Jessica Daunt, the new young teacher at the tiny Warning Hill school, will prove a drawcard. Paul White, the bookish, gentle one of the family, working as a farmhand at the Dwyers' homestead where Jessica boards, is certainly very taken by her But what will she make of him? With an extraordinary cast of memorable characters, Kylie Tennant's first novel explores an Australian country town of the time with a sharp eye for what makes people tick. Whether it be a harridan pub-keeper who can't keep her bargirls in order, an obsessed policeman who concentrates so hard on the letter of law and order that he's constantly undone by simple humanity, a left-leaning parson who loves a good talk a little too much, ladies of means who can't believe it when their charity is rejected, or various shonky shop owners who'd sell their own grandmothers if only they could, no-one escapes Tennant's genially inquiring eye and wry grin. In laconic, poetic prose of great realistic warmth, Kylie Tennant draws a picture of a time when enormous hardship was the stuff of every day; laughter was a vital response to keep one's sanity. With phenomenal panache and great control of her material, she echoes Dickens in terms of the warmth, wit and understanding with which she investigates all the joys and prejudices of a country town in Australia. This brilliant novel won the S. H. Prior Memorial Prize for fiction. This edition includes an introduction by the author. Kylie Tennant was born in Manly in 1912. After graduating from the University of Sydney, she married Charles Rodd, a teacher, in 1932. They moved around a great deal following his teaching appointments, which proved a fine ground for inspiration for her novels. Tiburon, first published in 1935, was her first novel, and was followed by eight others, as well as biographies, plays and children's books. Awarded the AO in 1980, she died in 1988.
Toon meer Toon minder