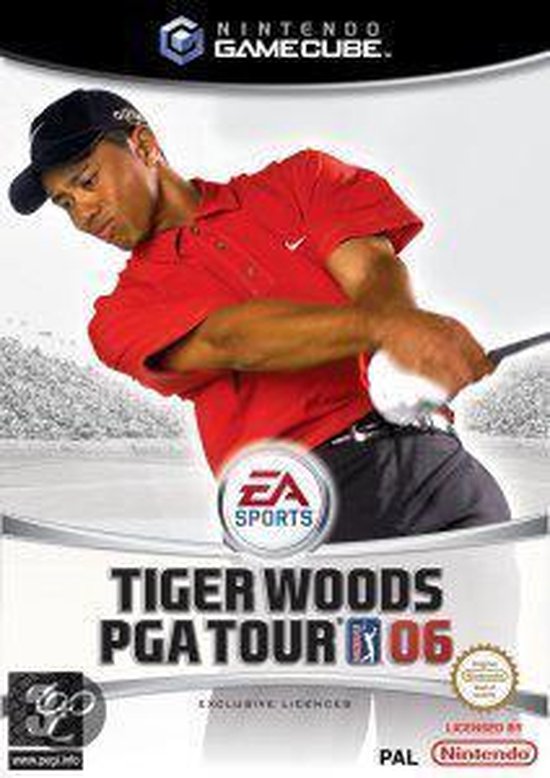 Just as it is on the PGA TOUR, the key to a good golf shot is execution and precision. In Tiger Woods PGA TOUR 06 both analog sticks are used to give more control over each shot than ever. The left analog stick will continue to control the backswing and downswing, while the right analog stick, or 'Shape stick', controls ball trajectory and spin. Players are now challenged to focus on the impact point on the ball, while thinking more strategically before executing a shot.
The game of golf is as much psychological as it is physical and a key for gamers in 2006 will be maintaining confidence. With tension on every shot and mounting pressure to become the best, you can either keep your composure or lose it and become that embarrassing hack on the course. Based on good or bad shots or scores you make, a Gamebreaker meter will increase or decrease based on the amount of confidence you possess.
For many weekend golfers, wagering while playing golf is a fun, competitive element and now gamers will be able to put their money where their mouth is and wage bets against their competition in the game. Whether it's a single shot or an entire round, gamers will be able to bet anytime on any shot. They'll also be able to call their shots before they hit it by naming exactly where they plan to hit the ball and if successful they will earn points and money to build their character.
Dual Analog Swing: New advanced swing technique uses both analog sticks to 'shape' shots. The left analog stick executes the swing and the right analog stick shapes the shot, controlling ball trajectory and spin.
Gamebreaker: Based on good or bad shots and scores you make, your Gamebreaker Meter will increase or decrease. When you hit certain thresholds you'll earn abilities to hit longer, more accurate, and trigger 'Gamebreaker' situations.
Wagering and Shot Calling: Call your shot before making it and reap the rewards. Players can elect to 'call their shot' before making it, putting up a wager that they can pull it off. The tougher the shot, the more money you can make.
Courses: Play a total of 14 courses (11 licensed and three fantasy courses) including Pebble Beach Golf Links and the site of the 2005 British Open, St. Andrews Golf Links. Seven new licensed courses including Reflection Bay (Las Vegas, Nev.) and Doral Golf Resort (Miami, Fla).
PGA TOUR Players: Compete as or against 15 different PGA TOUR players including Tiger Woods, Vijay Singh, Jack Nicklaus and others. Additionally, 27 new fantasy characters will challenge you on the links.
EA SPORTS Online Competition: Play with up to four players across the country on the PlayStation 2 console or Xbox Live. Compete in Online Tournament events complete with money lists, full stat tracking, and league leaders. The new handicapping system will allow gamers to find competitors at a formidable level, and players can post scores on ea.com for access to web tournament leader boards.
Play a Career: In PGA TOUR Season mode for console versions, play along with the 52-week PGA TOUR calendar of events for up to 10 seasons. Obtain sponsorships from real golf equipment manufacturers throughout your career and drive to surpass Tiger Woods as #1 on the overall money list.
GameFace: Players will once again use the industry leading character creation technology GameFace to create their own golfer, outfit and build up their golfer's attributes to attempt to become the #1 Golfer of All Time. New this year is the ability to choose your own voice for your character.
Golf's Best Commentators: David Feherty and Gary McCord make up the golf announcing Dream Team and provide their commentary and irreverent observations on each round.
Toon meer Toon minder