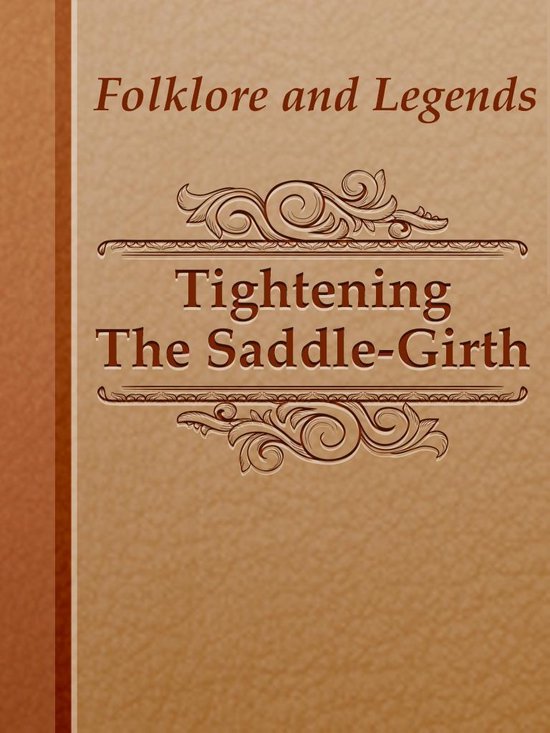 Every nation in the world has its own folklore heritage — legends, myths, fairy-tales. In such stories the wisdom of every nation is collected and embodied, although some of the nations have similar tales, especially those who are neighbors. Legend and myths employ elements of supernatural origin: magic, gods, wonderful creatures. Tales are stories that are supposed to teach the coming generations by depicting various situations and various types of behavior demonstrated by the heroes. "Tightening The Saddle-Girth" is story with an amazing moral-teaching implication. How often do you ignore something when you see it's wrong but should not be so? Probably sometimes it happens, no doubt. But even if you see or feel something that makes you uncomfortable you don't try to solve it in an instant moment. In the beginning of the brief story there is an ordinary example of such a moment when a young officer during a fierce battle suddenly leap from his horse and drew the girth of his saddle tight. He had felt it slip under him and he knew that upon just such a little thing as a loose buckle might hinge his own life, and, perhaps, the turn of the battle. So, easy advice, always stay in the balance, stop now, today, this very moment, and see that all is right between you and God.
Toon meer Toon minder