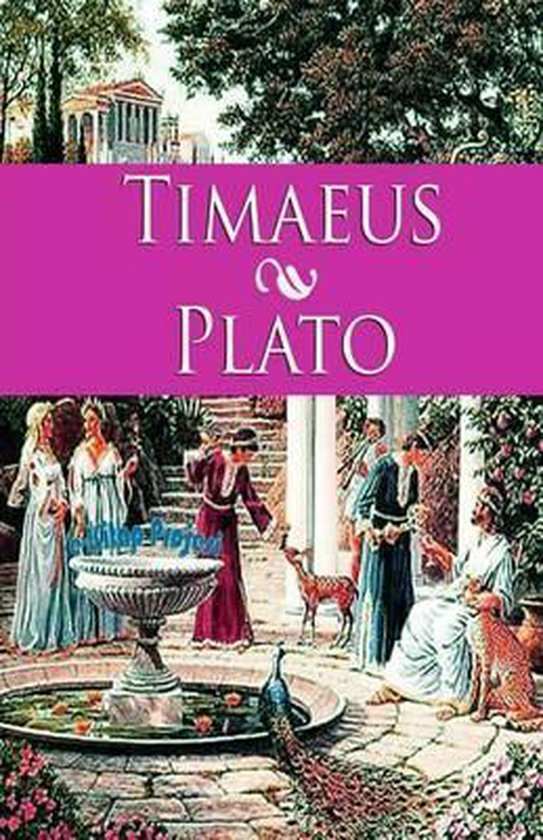 "Plato (/ˈpleɪtoʊ/;[a] Greek: Πλάτων[a] Plátōn, pronounced [plá.tɔːn] in Classical Attic; 428/427 or 424/423[b] – 348/347 BC) was a philosopher in Classical Greece and the founder of the Academy in Athens, the first institution of higher learning in the Western world. He is widely considered the most pivotal figure in the development of philosophy, especially the Western tradition. Unlike nearly all of his philosophical contemporaries, Plato's entire work is believed to have survived intact for over 2,400 years.

''When all the gods had assembled in conference, Zeus arose among them and addressed them thus'' . . .''it is with this line that Plato's story of Atlantis ends; and the words of Zeus remain unknown.'' -- Francis Bacon, New AtlantisOf all the writings of Plato the Timaeus is the most obscure and repulsive to the modern reader, and has nevertheless had the greatest influence over the ancient and mediaeval world. The obscurity arises in the infancy of physical science, out of the confusion of theological, mathematical, and physiological notions, out of the desire to conceive the whole of nature without any adequate knowledge of the parts, and from a greater perception of similarities which lie on the surface than of differences which are hidden from view. To bring sense under the control of reason; to find some way through the mist or labyrinth of appearances, either the highway of mathematics, or more devious paths suggested by the analogy of man with the world, and of the world with man; to see that all things have a cause and are tending towards an end—this is the spirit of the ancient physical philosopher. He has no notion of trying an experiment and is hardly capable of observing the curiosities of nature which are 'tumbling out at his feet,' or of interpreting even the most obvious of them. He is driven back from the nearer to the more distant, from particulars to generalities, from the earth to the stars. He lifts up his eyes to the heavens and seeks to guide by their motions his erring footsteps. But we neither appreciate the conditions of knowledge to which he was subjected, nor have the ideas which fastened upon his imagination the same hold upon us. For he is hanging between matter and mind; he is under the dominion at the same time both of sense and of abstractions; his impressions are taken almost at random from the outside of nature; he sees the light, but not the objects which are revealed by the light; and he brings into juxtaposition things which to us appear wide as the poles asunder, because he finds nothing between them. He passes abruptly from persons to ideas and numbers, and from ideas and numbers to persons,—from the heavens to man, from astronomy to physiology; he confuses, or rather does not distinguish, subject and object, first and final causes, and is dreaming of geometrical figures lost in a flux of sense. He contrasts the perfect movements of the heavenly bodies with the imperfect representation of them (Rep.), and he does not always require strict accuracy even in applications of number and figure (Rep.). His mind lingers around the forms of mythology, which he uses as symbols or translates into figures of speech. He has no implements of observation, such as the telescope or microscope; the great science of chemistry is a blank to him. It is only by an effort that the modern thinker can breathe the atmosphere of the ancient philosopher, or understand how, under such unequal conditions, he seems in many instances, by a sort of inspiration, to have anticipated the truth. The influence with the Timaeus has exercised upon posterity is due partly to a misunderstanding. In the supposed depths of this dialogue the Neo-Platonists found hidden meanings and connections with the Jewish and Christian Scriptures, and out of them they elicited doctrines quite at variance with the spirit of Plato. Believing that he was inspired by the Holy Ghost, or had received his wisdom from Moses, they seemed to find in his writings the Christian Trinity, the Word, the Church, the creation of the world in a Jewish sense, as they really found the personality of God or of mind..
Toon meer Toon minder