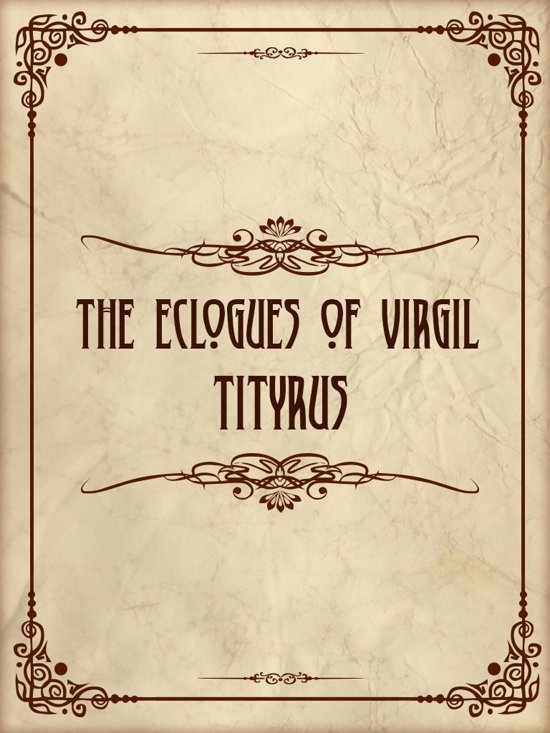 Publius Vergilius Maro (70 BC – 19 BC), usually called Virgil or Vergil was an ancient Roman poet of the Augustan period. Virgil is traditionally ranked as one of Rome's greatest poets and well known for three major works of Latin literature, the Eclogues (or Bucolics), the Georgics, and the epic Aeneid.
The Eclogues ('Selections'), also know as the Bucolics, were Virgils' first major work. Virgil created a Roman version partly by offering a dramatic and mythic interpretation of revolutionary change at Rome in the turbulent period between roughly 44 and 38 BC. These ten poems were written between 42 and 39 B.C.E and the first one is called "TITYRUS" which is referred to the Dialouge of Meliboeus and Tityrus.