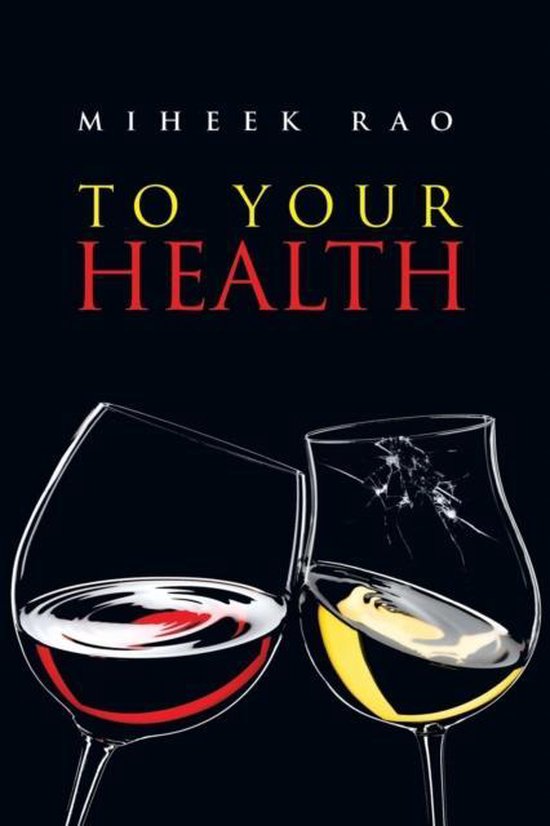 Throughout history, nobles and kings have clinked their glasses to reassure each other of their alliance and comradeship. To Your Health is a saga of a crumbling family that was strengthened through years of cohesion and loyalty and its aftermath on the unwitting participants. Set in 1974 in Worli, during the time Bombay was tasting Western vices, Bobby, a struggling gangster, thirsts for a share of the city that rightfully belonged to him. Therefore, when an opportunity to avenge his humiliation presents itself, he strikes. But he is oblivious to the chain of events he sets off and the lives connected, to which he destroys. It is a downward spiral, leading to the demise of each and every one of the men and women involved in this labyrinth of family feuds, dirty politics, arms dealings, sleaze, and unrequited revenge. In Bombay in 1974, Bobbys right-hand man, Khallu, brings him a small-time thug, Sameer Chauhan, and with him was news of a train heist targeting antique guns, being organized by his treacherous uncle and archrival, Pappu. In the massive body count that follows, one of the casualties is Sameerthe very man whod brought them the news of the heist. With the guns and the city of Worli now firmly in Bobbys possession and control, Mumbai follows his rise as the most powerful and vicious man in the underbelly of the metropolis. Meanwhile, fate puts Sameers adolescent son, Arjun, in Bobbys clique. Arjun is driven by vendetta to find his fathers murderer and only knows him as the one who took the guns. Bobby cleverly channelizes Arjuns venom and hatred to his own benefit while nursing a growing fondness for this orphan. As the two develop a bond, Bobby repents and works toward legitimizing his business, even as Arjun climbs up the pecking order. With time, Bobby gets more and more anxious to get rid of the antique guns lest his protg discover them, but he doesnt reckon the innumerable obstacles in the way. Bobby has more trouble brewing when a trigger-happy cop hell-bent on ridding the city of crime becomes obsessed with him. Bobby finds his empire disintegrating and a new criminal order, supported by a kinky female politician, wrenching away his control. Unbeknownst to the cop, his wife is deeply mired in a passionate affair with Arjun. Fate hands its final twist when the puppeteer becomes the puppet and the cop becomes a pawn in a dangerous game set by the politician. What follows is the unveiling of each character and how their lives had been invisibly and unpredictably enmeshed all the time.