Announcing the digital edition of Tonfa: Karate Weapon of Self-Defense by Fumio Demura!


Author Fumio Demura began his training in martial arts in his early years. He studied kendo as a means of building strength and improving health, and later added karate to his repertoire. While in school at Nihon University in Tokyo, he developed an interest in kobudo (the use of weapons like the bo, sai, tonfa, kama and nunchaku). Demura became one of the world's most respected karateka, and he wrote volumes about all these weapons.


If you are studying or even interested in martial arts, you will want to read Tonfa. The weapon, which consists of a large hardwood body 15 to 20 inches in length and a smaller cylindrical grip secured at a right angle to the main body about six inches from one end, was used by early practitioners of the Okinawan martial arts who saw it as an extension of their hand techniques.


Karate and kobudo are mutually supportive practices; the knowledge of both skills can greatly improve the techniques of martial arts students. Without a thorough knowledge of karate basics, the tonfa student is severely limited in his development. By the same token, improvement in the use of the tonfa extends the attacks and strengthens the blocks of the karate student. Continued practice with the tonfa can help improve balance, coordination and physical strength.


That fact makes Demura's Tonfa: Karate Weapon of Self-Defense a must-have for martial arts students, especially those studying kobudo. First released in 1982, Tonfa has been reprinted more than two-dozen times. Now available in a digital version, it comes with bonus material — four Black Belt magazine articles about Demura and the practice of martial arts. Buy yours today! 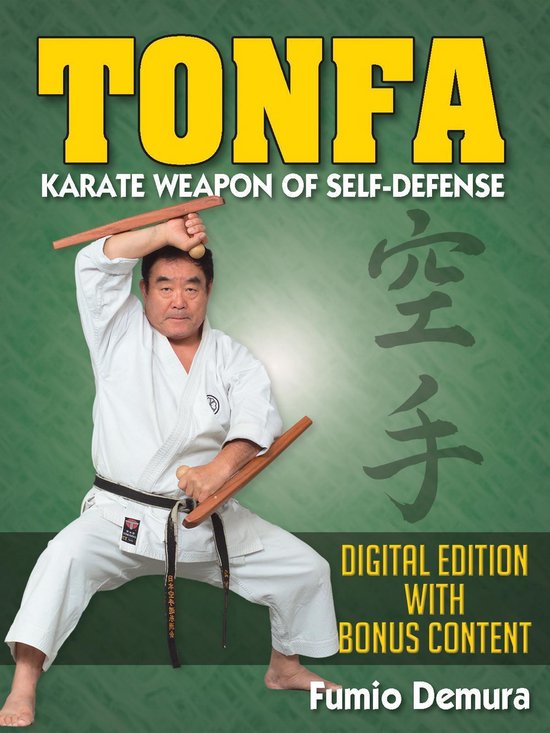