Tort Liability Under Uncertainty Evidential Deficiency and the Law of Torts 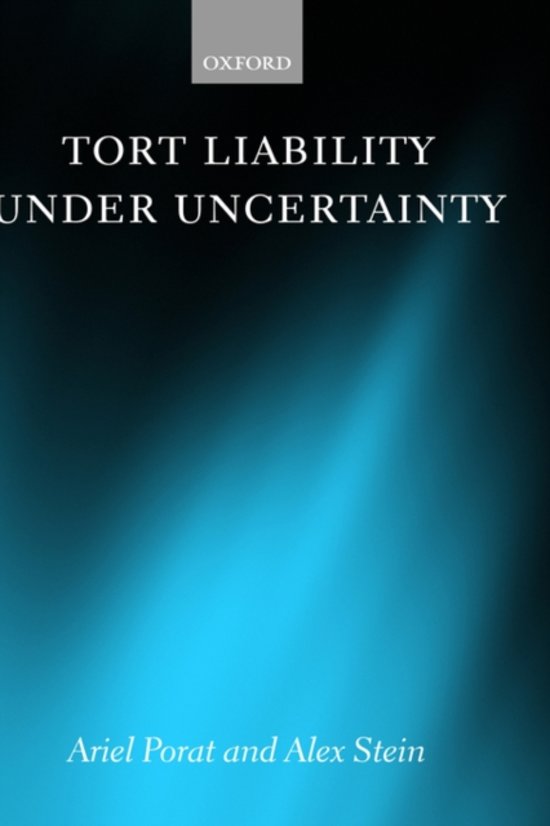 Uncertainty is present in virtually every tort litigation. Generally, courts tackle the uncertainty problem by requiring the plaintiff to prove his case by the preponderance of the evidence. However, on numerous occasions tort plaintiffs encounter systematic difficulties in establishing their allegations against defendants. This phenomenon is prevalent in the area of mass torts, which occupies the centre of the tort law agenda in the past three decades. In this area, victims of torts systematically fail to establish their lawsuits against wrongdoers even when it is clear that the latter are responsible for enormous damages. The uncertainty problem is not limited to the mass tort context. In many other contexts, tort and evidence law doctrines also fail to offer satisfactory solutions to that problem. Typically, this failure occurs in cases that involve indeterminate causation, an evidentiary barrier that prevents factual attribution of the litigated damage to the defendant's wrongdoing. Due to this failure, victims of torts are left under-compensated and their wrongdoers under-deterred. This book provides a comprehensive treatment of the problem of uncertainty in torts at both doctrinal and policy levels. It presents and critically examines the existing doctrinal solutions of the problem. It also offers a number of original solutions to the problem, such as imposition of collective liability and liability for evidential damage. The book combines the traditional doctrinal depiction of the law, as evolved in England, Canada, United States, and Israel, with general theoretical insights that include economic analysis.
Toon meer Toon minder

... an exceptionally lucid, challenging and innovative book about an important legal topic ... succinct and excellently structured text ... Porat and Stein's admirable text is one so timely, well expressed and ambitious in its aim that no scholar working in the field can afford not to read it carefully and address its thesis with determination. * Modern Law Review, March 2003 *