Towards Photojournalism Photography at the Musee D'Orsay 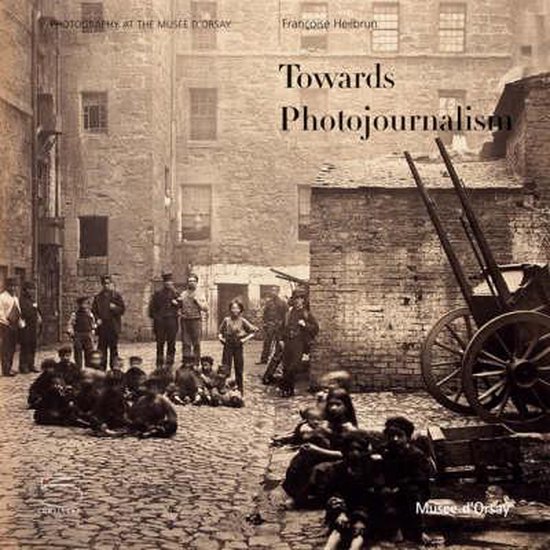 Ever since its invention in 1839, photography has had the ambition of reproducing everything and depicting the overall reality of the world. Given the long exposure times of the daguerrotype, the first photographic journeys were dedicated to landscapes and major monuments. Despite the technical obstacles, the attempt to produce a faithful or composed vision of people, of their singularity, their joys and sufferings, appeared by the end of the 1840s, linked to the realist approach of painting and the humanist philosophers.This book features a selection of documentary photographs including those by Felix Thiollier, which reveal his great human and artistic sensibility-depicting the work of the miners in the Saint-Etienne region. Also included are the photographs taken in Poland at the beginning of the 20th century in a Jewish ghetto, which underline the injustice of the fate of the children and the self-sacrifice of their relatives. The book discusses this new form of visual documentation and how it was embodied in the reproduction of major events, such as the barricades in rue Saint-Maur photographed by Thibault in 1848, and in the highlighting of the philanthropic projects recorded in the visits of Charles Negre to the Asile imperial de Vincennes during the 1850s, and in the photographs of explorers and missionaries by Charnay in Madagascar.
Toon meer Toon minder