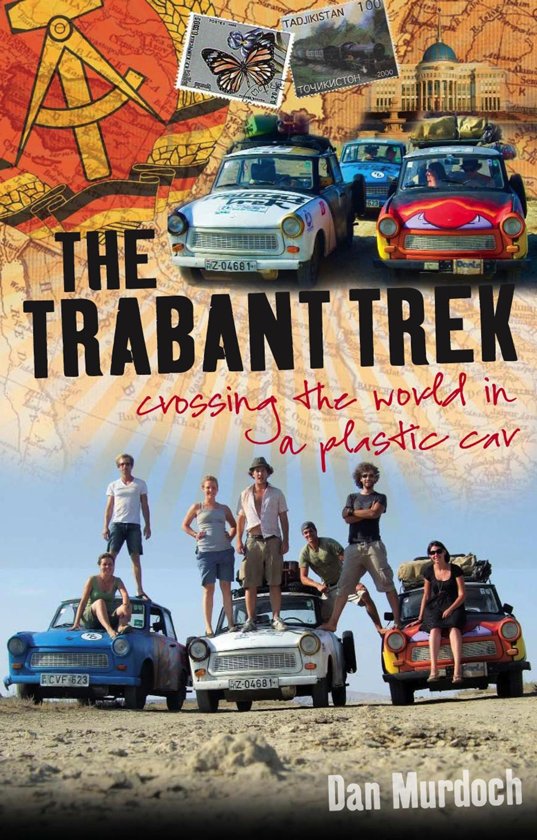 Cambodia is a long way from Germany - thousands of miles, as it turns out. And in between are some of the world's highest mountains, most inhospitable deserts and least welcoming countries. Trying to make the journey overland was always going to be difficult. But one group of twenty-somethings, bored with the predictable wanderings of the backpacker generation, thought they'd spice things up a little. They would go by car. The worst car in the world. The infamous Soviet-era Trabant. This would be no whimsical meander across the globe, but a mission with a cause—to raise money for the Cambodian children they had met on previous visits to the country. From their base in Central Europe, east through Turkey and the gateway to Asia, then into the Caucasus, the five men and three women ferried across the Caspian Sea and into the forgotten world of Central Asia, the police state of Turkmenistan, the beautiful Silk Road cities of Uzbekistan, the stunning mountain passes of Tajikistan and Kyrgyzstan and the endless flat of the Kazakh steppe. They took on Russia's freezing Siberian winter and Mongolia's icy plains, crossed booming China before hitting the sun-speckled hills of Laos and the jungles of Cambodia. This book, based on the explosive blog from award-winning travel writer and journalist Dan Murdoch, tells the inside story of the Trabant Trek, and how a group of near strangers coped with the challenge of their lives. Ten percent of the royalties will be donated to the Trabant Trek charities.
Toon meer Toon minder

't is really 'The Wrong Way Round' with less planning, well no planning shall we say! ... A fantastic read (and with all the disorganisation and lack of maps, and money a lot of the time), it really is a true traveller's log.' --http://trabant.moleville.co.uk About the Author