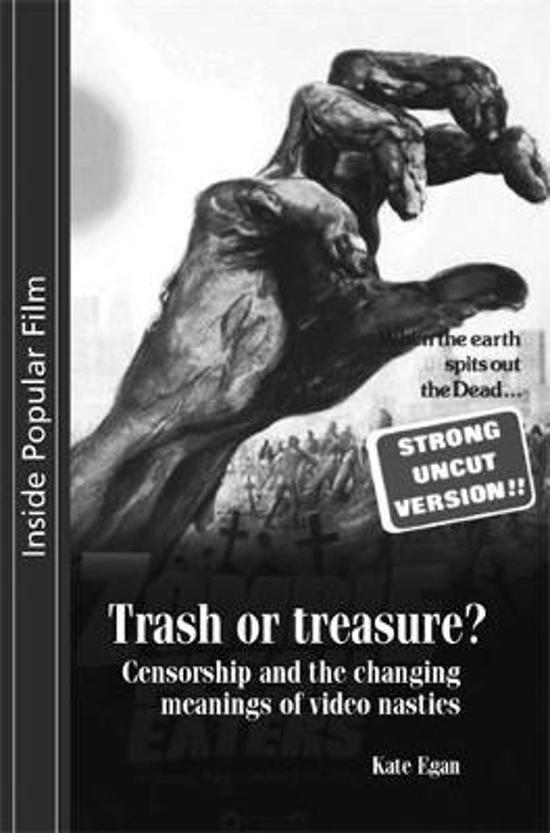 Trash or treasure is a wide-ranging historical study of the British circulation of the video nasties - a term that was originally coined to ban a group of horror videos in Britain in the 1980s but which continues to have cultural resonance in Britain up to the present day. The book is divided into three sections, which represent the key periods of existence of the nasties category - the formation of the term in the 1980s, the fan culture that formed around the nasties subsequent to their banning under the video recordings act and the DVD and theatrical re-release of some of the titles from 1990 onwards. Through an exploration of a range of relevant historical materials (from film reviews to fan websites, to video advertising materials) the book examines how this unusual, historically-specific genre category was formulated in a particular context, and then used (for different reasons) by moral campaigners, distributors, critics and fans. By examining the discourses that inform the circulation of a group of banned films (including the growth of DVD, the internet and the academic rehabilitation of horror films), the book argues that censorship is not just about rules and regulations, but also about the material, cultural and commercial consequences of a censorhsip act of law. It will be of great interest to lecturers and students of film, popular culture and the media, as well as enthusiasts of horror films and those interested in film censorship debates. -- .
Toon meer Toon minder