Travels in Space - A History of Aerial Navigation 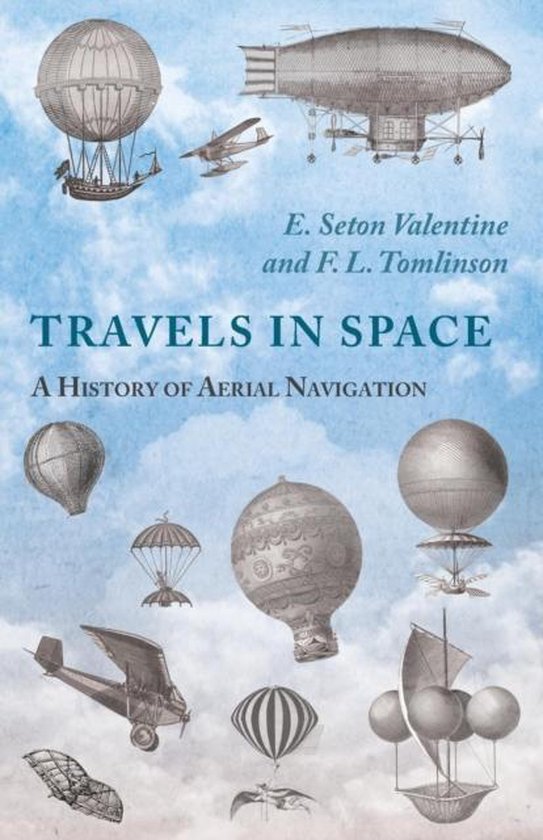 In the 21st century - the age of the budget airline - where quick and reliable air travel is available to a large segment of society, it seems hard to comprehend that it is less than 250 years since the first human took to the skies. Although the wing of the bird seemed like the most obvious natural mechanism to attempt replicate, it was actually contained hot air, as demonstrated by the Montgolfiers and their balloon, that gave birth to the era human aviation. Since the first manned balloon flight in 1783, developments have come thick and fast, the airship, the aeroplane, and finally the space shuttle. This reprint of a classic publication by E. Seton Valentine and F. L. Tomlinson, from 1838, details some of the key events in the development of aerial navigation. Complete with illustrations and a brand new introduction, it is a wonderful work for anyone with an interest in the lighter-than-air period of aeronautics. The following is an except from the preface: 'There have been numerous books and treatises on Aerostation, Aeronautics, Aviation and even Aerodromics, but it is the lack of a single one which would present to the ordinary reader, as well as to him technically interested in the subject, a brief but adequate narrative of all the achievements and inventions in this fascinating department of modern science, as well as of the aeronauts and inventors who have thereby distinguished themselves, which has led to the preparation of this volume.'
Toon meer Toon minder