Treacherous Seas Chronicles of Evil: A Freighter, a Woman and 22 Men 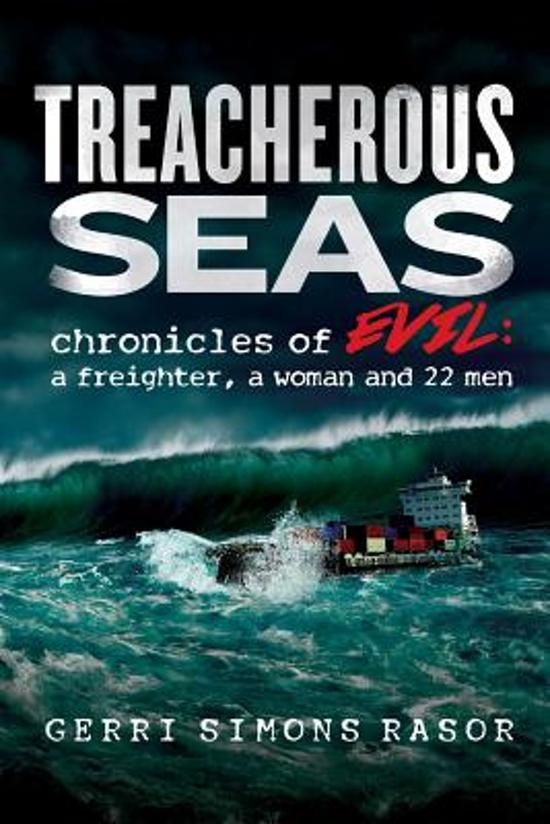 Like many women her age, sixty-year-old Cari Lindley has overcome many obstacles to achieve success in what was once entirely a man’s world…and that was just on dry land. Now, even though the Western-world tides have shifted to encompass women’s capabilities, Cari finds herself again in a battle of the sexes—this time on the turbulent sea with men unaccustomed to a Western presence.

After traveling Europe, Cari boards a freighter ship in Spain for a one-month, relaxing commute across the Atlantic Ocean. Just moments beforeMarkShip Mexico sets sail, she learns that she’s the sole passenger—and only woman—on board. The men ofMarkShip Mexico, shocked and incensed by an American woman’s presence, blatantly display their displeasure.

Amid hints of mutiny, ship’s intrigue, and clashing personalities, Cari, officers, and crew become friendly, except forMarkShip Mexico’s captain, a runty, vile misogynist with a severe drinking problem, a pervasive God complex, and a dangerous disregard for his hapless crew. His contempt for Cari is nearly as strong as his greed and depravity—and although there is little she can do about his hatred, the crew hopes she can help them do something about his avarice and endangerment to them and the ship.
Toon meer Toon minder