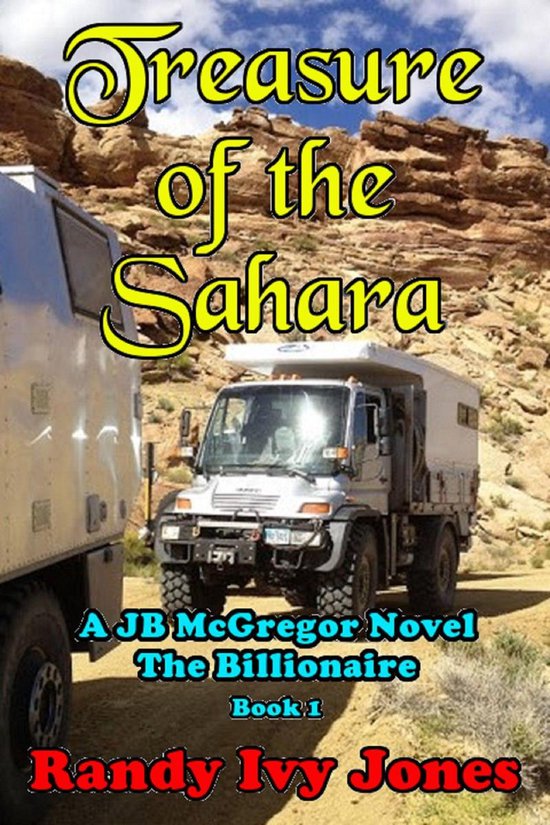 JB became a self-made Billionaire by selling the huge Internet company he started 10 years earlier. He sold his company to the largest Internet search engine company in the world in exchange for $18.8 billion. The initial investment JB made to create his company was less than $7,000, so selling the company was a no brainer. After selling the company, JB increased his wealth to over 24 billion through some very wise investments.

He is JB McGregor of the U.S. Virgin Islands. Specifically, Papaya Island, also known locally as McGregor Island, located in a small cluster of islands just to the north of St. Thomas and St. John. JB also has a cottage in Key West Florida, a multi-million dollar mansion on the waterway in Fort Lauderdale off of Bayview Drive, and a huge ocean-front mansion just outside Honomu, Hawaii. JB will be giving the cottage in Key West Florida to a former employee as a retirement gift as soon as the current cottage remodeling job is complete. JB is recognized in the media as one who helps and shares his wealth without hesitation.

Most of JB's staff travel with him everywhere he goes. They are all paid very well and have excellent benefits. His employees are also extremely loyal to him. JB has provided each staff member with superb medical insurance along with an outstanding 401k plan. The age of most staff members is about 33 years old, the same age as JB. On Papaya Island, they all live in the bungalow's JB had built, which are nestled in the dense vegetation just out of sight of the main house on the island. When JB is in Hawaii, they have a similar setup. When in Fort Lauderdale, JB's staff members usually stay on the yacht where they each have their own cabin. JB and his staff maintain offices in the Papaya mansion, the Honomu mansion, and on his yacht.

Since selling his company, JB has had several thrilling adventures. The adventures magically come his way, thanks to Sam Peters, his business partner and sometimes the adventures come from one of the entrepreneurs JB has invested in. Most of these adventures have paid off very well. Plus, the adventures are usually fun and exciting...

JB McGregor is asked by two of his employees to help a man they had met at a yacht convention in Florida, David Wade. David wants to find some valuables that had been confiscated by dictators in Italy, Germany, and various other countries from families during between 1933 and 1945 World War II. David wants to return the valuables to the rightful owners or descendants. David Wade's father and his grandfather performed years of research and are almost certain that the valuables were being transported on a DC-3 airplane that crashed in the Sahara desert in 1953.

An expedition to the Sahara desert is formed by JB, David Wade, and several of JB's employees to try and find the DC-3 airplane. The airplane crash is assumed to be in the vicinity of the Ahaggar Mountains near Tamanrasset, Algeria because the last radio transmission of the DC-3 was with the Tamanrasset airport.

Unfortunately, a team of known criminals somehow got wind of the treasure and follow JB's expedition throughout the desert.