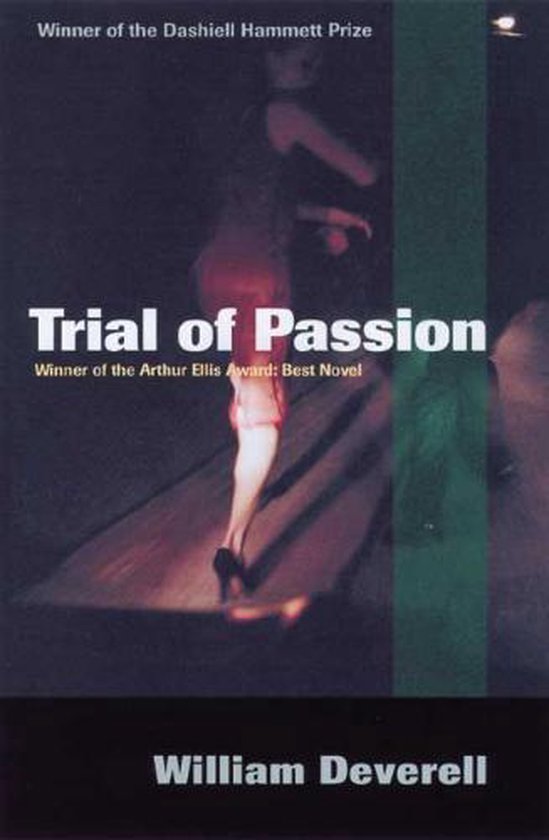 Arthur Beauchamp, one of Vancouvers most heralded criminal lawyers, has moved to a quiet island off the British Columbia coast. Hes trying to recover from a marriage gone sour, but his retirement is interrupted by his former law partners  they want Arthur to take charge of the defence trial of Jonathan ODonnell, the acting dean of the law school. ODonnell has been accused of rape by one of his students, Kimberley Martin, a smart but arrogant woman who is engaged to a rich businessman. If convicted, ODonnell understands that his career will implode; he believes that only Arthur Beauchamp can save his professional life. After much pleading, Beauchamp agrees to handle the case. He is drawn into a complex legal situation dealing with gender and sex, while his personal life takes a provocative turn as well. A courtroom drama ensues, with unpredictable twists and bizarre events.

When published in Canada, Trial of Passion won the 1998 Arthur Ellis Award for Best Mystery Novel. And even though it hadnt yet been released in the U.S., the book was nevertheless winner of the 1998 Dashiell Hammett Award for a work of literary excellence in the field of crime writing as chosen by the North American branch of the International Association of Crime Writers.
Toon meer Toon minder