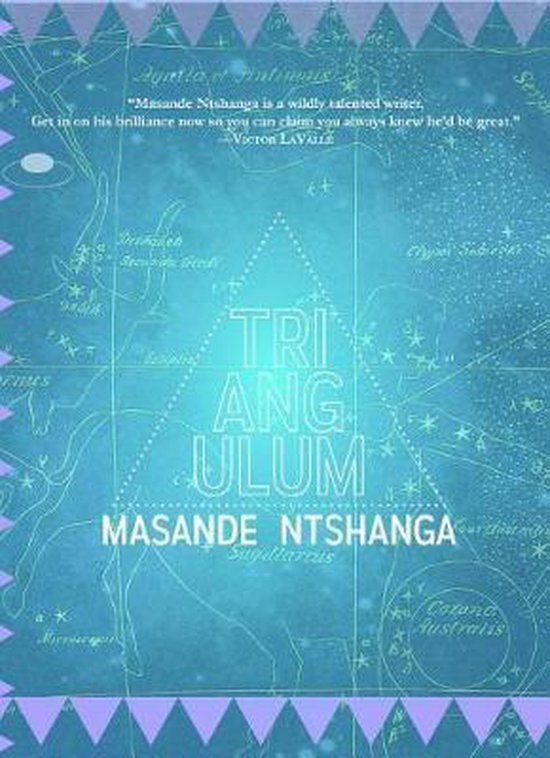 * 2020 Nomo Awards Shortlist for ''Best Novel''
* A Best Book of 2019 LitReactor, Entropy
Triangulum is an ambitious, often philosophical and genre-bending novel that covers a period of over 40 years in South Africas recent past and near futurestarting from the collapse of the apartheid homeland system in the early 1990s, to the economic corrosion of the 2010s, and on to the looming, large-scale ecological disasters of the 2040s.

In 2040, the South African National Space Agency receives a mysterious package containing a memoir and a set of digital recordings from an unnamed woman who claims the world will end in ten years. Assigned to the case, Dr. Naomi Buthelezi, a retired professor and science-fiction writer, is hired to investigate the veracity of the materials, and whether or not the woman's claim to have heard from a force more powerful than humankind is genuine.

Thus begins TRIANGULUM, a found manuscript composed of the mysterious womans memoir and her recordings. Haunted by visions of a mysterious machine, the narrator is a seemingly adrift 17-year-old girl, whose sick father never recovered from the shock of losing his wife. She struggles to navigate school, sexual experimentation, and friendship across racial barriers in post-apartheid South Africa.

When three girls go missing from their town, on her mother's birthday, the narrator is convinced that it has something to do with ''the machine'' and how her mother also went missing in the '90s. Along with her friends, Litha and Part, she discovers a puzzling book on UFOs at the library, the references and similarities in which lead the friends to believe that the text holds clues to the narratorss mother's abduction. Drawing upon suggestions in the text, she and her friends set out on an epic journey that takes them from their small town to an underground lab, a criminal network, and finally, a mysterious, dense forest, in search of clues as to what happened to the narrator's mother.

With extraordinary aplomb and breathtaking prose, Ntshanga has crafted an inventive and marvelous artistic accomplishment.

''The violent and fascinating history of South Africafrom colonialism to apartheid, and the recent struggles to come to terms with this pastserves as a rich backdrop for this unsettling, enrapturing novel that brings to mind Roberto Bolanos 2666... a novel of incredible imagination that gradually unfurls into a wonderfully realized meditation on growing up, heritage, and the effects of technological progress on the world around us.''
Alexander Moran, Booklist
Toon meer Toon minder