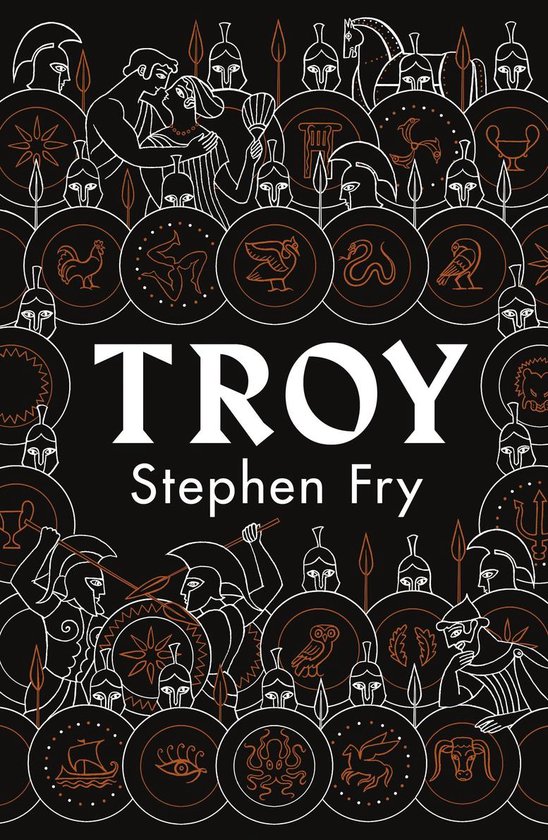 Pre-order Stephen Frys bewitching retelling of the legend of Troy - a tale of love and war, passion and power - following his sensational bestsellers MYTHOS and HEROES. Troy. the most marvellous kingdom in all the world. the Jewel of the Aegean. Glittering Ilion, the city that rose and fell not once but twice . . . the story of Troy speaks to all of us - the kidnapping of Helen, a queen celebrated for her beauty, sees the Greeks launch a thousand ships against that great city, to which they will lay siege for ten whole and very bloody years. It is Zeus, the king of the gods, who triggers war when he asks the Trojan prince Paris to judge the fairest goddess of them all. Aphrodite bribes Paris with the heart of Helen, wife of King Menelaus of the Greeks, and naturally, nature takes its course. It is a terrible, brutal war with casualties on all sides. the Greeks cannot defeat the Trojans - since Achilles, the Greeks boldest warrior, is consumed with jealousy over an allys choice of lover, the Trojan slave Briseis, and will not fight . . . the stage is set for the oldest and greatest story ever told, where monstrous passions meet the highest ideals and the lowest cunning. In Troy you will find heroism and hatred, love and loss, revenge and regret, desire and despair. It is these human passions, written bloodily in the sands of a distant shore, that still speak to us Today. Troy is a myth in which we seek the truth about ourselves, which Stephen Fry brings breathtakingly to life for our modern age.
Toon meer Toon minder