True Story - Lucius, or The Ass Lucian of Samosata 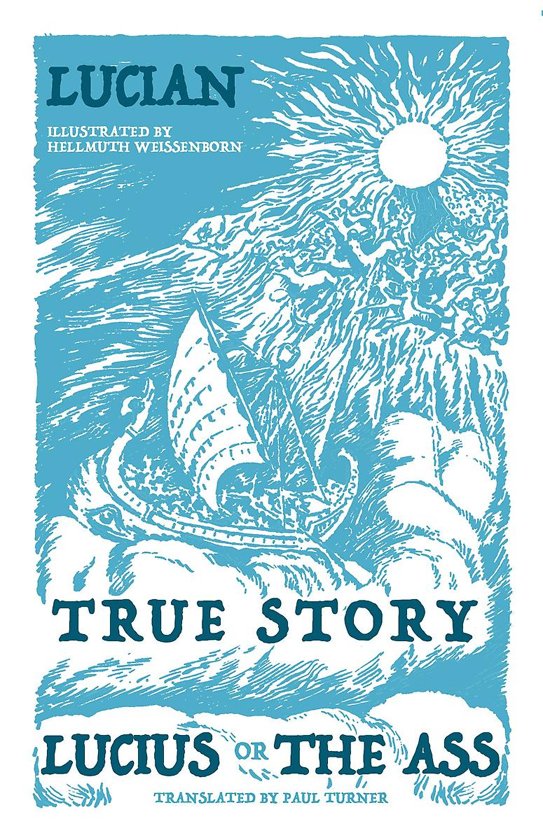 True Story, Lucian's best-known and most entertaining work, is a parody of the tall stories of fantastic journeys narrated by famous poets and historians. With his trademark wit and humour, Lucian informs his readers that he means to tell nothing but lies and impossibilities, and warns them not to believe a word he says. The result is a comical masterpiece that influenced Western literature throughout the centuries, and works such as Gulliver's Travels and The Surprising Adventures of Baron Munchausen. Lucius, or the Ass, a satirical novel charting the adventures of a young man who has been transformed into a donkey, is usually attributed to Lucian and is thought to be a source of Apuleius's Golden Ass. Contains an introduction by Paul Turner and illustrations by Hellmuth Weissenborn