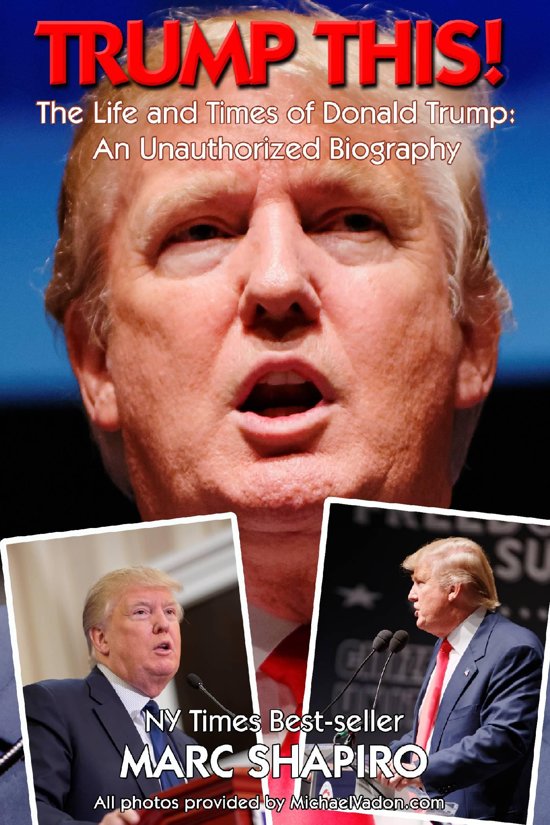 Who is Donald Trump?


Even after a yearlong presidential campaign, and constant media coverage, many Americans don't know if he's for real or just a businessman turned showman turned politician who has become President of the United States. His path to the White House, from early childhood through the 2016 campaign and Election are laid bare in Trump This! The Life And Times of Donald Trump: An Unauthorized Biography written by New York Times Bestselling Author Marc Shapiro.


Bringing insight into the psychology and motivation of Donald Trump was the equivalent of solving a mystery. What guides Trump to the decisions he makes? Is his personality real or just a caricature driven smokescreen? Is he the living embodiment of a brand or does a heart and soul lurk beneath his flamboyant and often-bullying exterior? In answering those questions many heretofore unknown facts came to life.


His father allegedly ran with The Ku Klux Klan.


Trump punched out a teacher in the second grade.


The true story of how Trump avoided the draft.


The affair that wrecked his first marriage.


Why Trump sued a man because he had the same last name.


His biggest business successes and failures.


If you only discovered Donald Trump with the television show The Apprentice or with his race for President of the United States, the chances are you think you know quite a bit about Donald Trump. But the reality is that, like all larger than life personalities, Trump has cultivated his public image well. He's been selective in what he's let out and, when pressed, he's been quick to deny. Trump This! The Life And Times of Donald Trump: An Unauthorized Biography has dug deep into the truth that is Donald Trump.


And this is what we've found.