Turizm The Russian and East European Tourist under Capitalism and Socialism 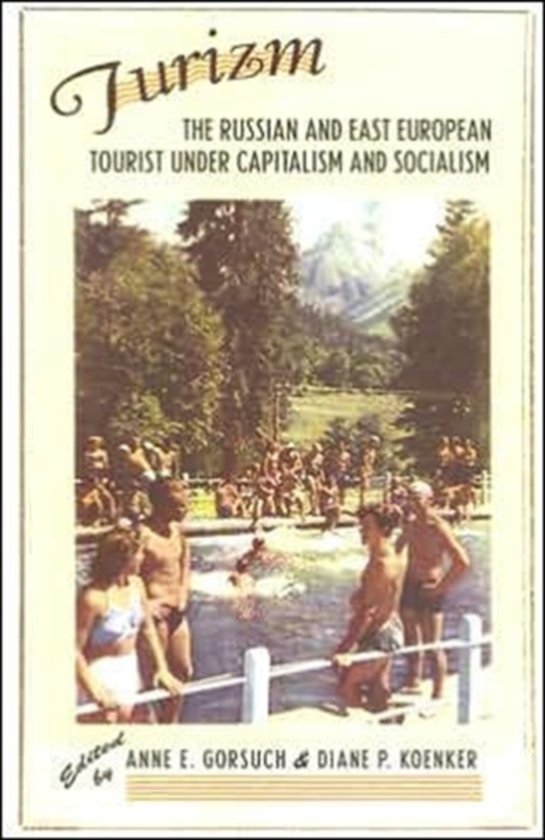 In the Soviet Union and the eastern bloc, the idea of vacation was never as uncomplicated as throwing some suitcases in the car and heading for the beach. The emphasis was on individual self-improvement within the framework of the collective, an approach manifest in everything from the scheduling of physical exercise to the group tours organized for factory workers, Party cadres, and other segments of society. Like other Soviet-style utopian projects, socialist tourism, which was often heavily laden with rules and prescriptions, was a consciousness-raising project, part of the vast effort to forge new socialist men and women. Turizm is the first book to examine the history of tourism in Russia and eastern Europe from the tsarist period to the age of Soviet and east European mass tourism in the 1960s and 1970s. The contributors to this volume address topics including the roots of socialist tourism, the role of tourism in the making of nations and maintenance of empire, and ways in which the men and women of the margins of Europe understood themselves in relation to Europe. Especially interesting are chapters that show how individuals pursued their own consumerist goals within the framework of collective tourism, obliging the regimes to adapt. Illustrated with period photographs and promotional materials, Turizm will appeal not only to historians of the region but also to anyone with an interest in consumer culture, travel, leisure, and nation-building.
Toon meer Toon minder

We still lack a clear understanding of what motivates the Eastern European tourist, what they are escaping, and what experiences they seek. This excellent, necessary book begins to fill those gaps. Anne E. Gorsuch and Diane P. Koenker have assembled fourteen essays of consistently high quality. * Times Literary Supplement * Turizm permits a close examination of continuities and discontinuities between capitalism and socialism using the lens of tourism, specifically the tensions between noncommercial versus commercial and purposeful versus leisure travel. Because it focuses on the Russian empire and Soviet internationalism, it is on the cutting edge of discussions about the contributions of tourism to the construction and maintenance of empire. -- Shelley Baranowski, The University of Akron Turizm contains numerous very new, well-argued, and interesting accounts of hitherto-unknown aspects of tourism and leisure in Eastern Europe. I am delighted that this book bridges at least two important watersheds-1917 and the Russia-Eastern Europe divide. This is rarely done and is to be applauded. -- Theodore R. Weeks, Southern Illinois University Like the ideal tourist excursion, this collection offers a richly rewarding experience that is both intellectually stimulating and fun. One learns a great deal about tourists and tourism in Russia and Eastern Europe and thereby gains new insight into the spatial dimensions of nation-building, the curious blend of military voyeurism and emotion-charged patriotism among battlefield visitors, the precursors of 'fraternal' relations among Communist-bloc countries, the difference between proper (proletarian) excursions and wandering, the importance of travel writing and other 'cultural mediators' in the shaping of popular attitudes, and myriad other fascinating and even touching subjects. The essays contain numerous cross-references and comparisons, and are studded with evocative (and instructive!) illustrations. The editors are to be congratulated for having done such a splendid job in producing a collection that is of such a consistently high quality. -- Lewis Siegelbaum, Michigan State University
Toon meer Toon minder

Originele Titel
Turizm: The Russian and East European Tourist Under Capitalism and Socialism