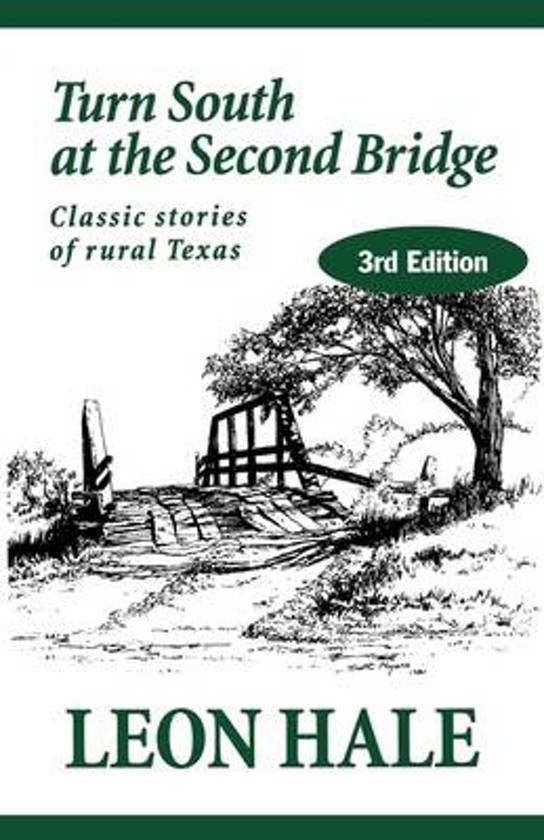 In this little gem of a book Leon Hale reacquaints us with the back road individualists who have given Texas much of its character over the past century. A novelist and columnist for fifty years, Hale has built his reputation on an exceptionally smooth writing style combined with a sharp eye for what's unusual and remarkable hidden among the otherwise ordinary people and places of Texas, for example, the alligator that slept by the stove at Scheller's Place; the ghost of Fiddler's Island; or the billboard newspaper of Tillie Roome. Turn South at the Second Bridge chronicles a world that abounds with surprises. Check out Virge Whitfield, who combined wisdom with a limitless love of dogs; or Pat Craddock, whose skill at cooking whiskey cost him a leg; or Jack Hillhouse, the one-armed giant beach-dweller who had an unusual way of obtaining fresh eggs. Hale takes us along with him, down winter beaches from Galveston to Port Aransas, deep into the Piney Woods of East Texas, through the bottom lands of the Trinity, the Brazos, and the Colorado Rivers, as he searches for the unique characters who inhabit the part of Texas you don't find in guide books. Many of the places and most of the people chronicled in this delightful Texas classic have vanished by now, and we are the poorer for it. Fortunately for us, however, Hale has captured with warm affection the language and spirit of this memorable part of his state's social and oral history, in the shape of stories and characters you won't forget.
Toon meer Toon minder