Turn Your Idea Into a Hit Reality-TV Show 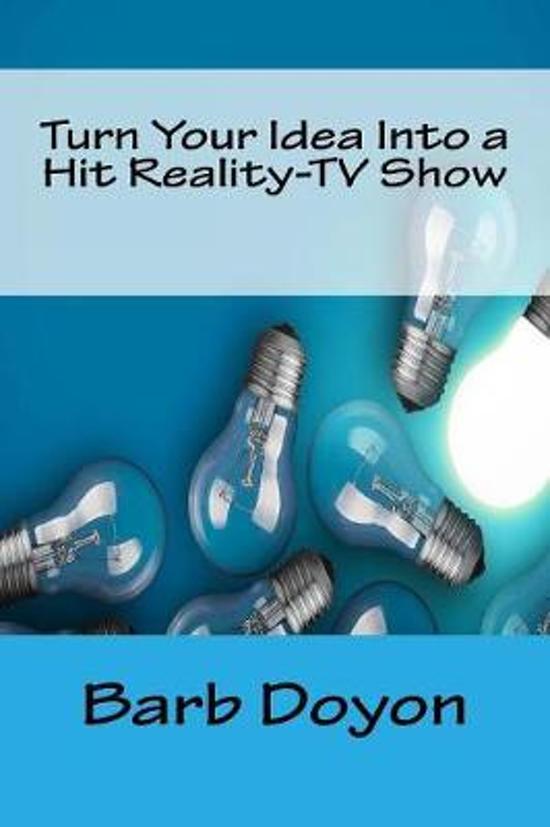 Whether youre a bartender from New Jersey, a housewife from Michigan or an aspiring screenwriter/producer, you can actually have your own reality-TV show! Producer/Director and reality-TV ghostwriter, Barb Doyon, tells you how, step by step. Learn where to find ideas, how to develop the ideas into a marketable concept and how to turn the concept into a reality-TV pitch presentation. Even if you know nothing about reality-TV, the book helps you get started, determine if your idea is workable and tells how many remarkably few resources you need to begin the process of turning your idea into a reality-TV show. Youll learn how to determine the series type, so that youll be able to pitch knowledgeably about the show youre proposing. Learn the key secrets to making a reality-TV show work. For example, in an investigative reality-TV show, it isnt all about the investigative facts alone. Learn what makes good investigative TV. Planning a paranormal TV series? Whats your spin factor? Dont know what a spin factor is? Youll need to know and the book covers all series types; game shows, competition shows, investigative series, monster series, documentary series, paranormal series, character driven series, concept driven series, and the information series. Most importantly, youll discover the secrets behind marketing a reality-TV show. Learn how to get Hollywoods attention, build hype for the show and where to go to get guarantee responses from producers. Pitching and selling a reality-TV show differs from pitching a scripted fictional show. Learn how to prepare a reality-TV show presentation. If you have an idea for a show involving a person, place, a legend, a town secret, a family mystery, a mysterious creature, a gossiping chess club, a mortuary lawn company, a dentist who makes house calls, a family owned business, unique pets, an unsolved crime, a high-stakes competition, a memorable character or anything else, now is the time to learn how to turn your idea into a hit reality-TV show.
Toon meer Toon minder