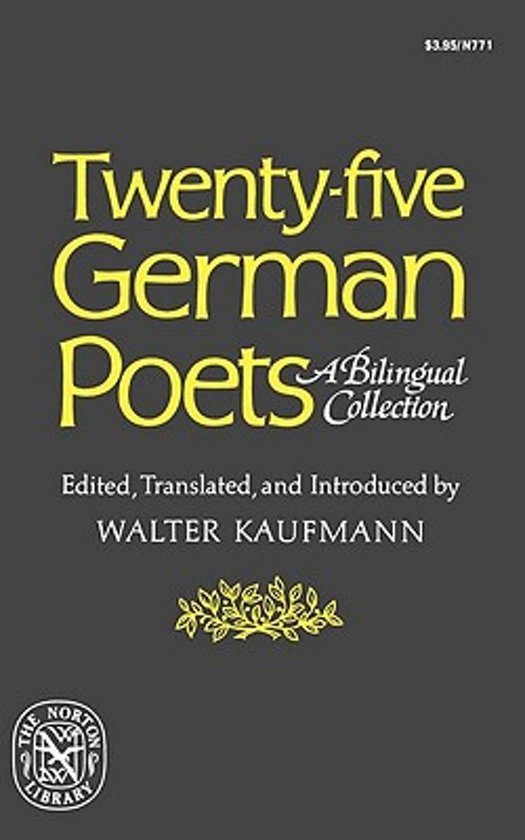 The book spans three centuries--opening with Angelus Silesius, Klopstock, Claudius, Goethe, and Schiller, and ending with Brecht and Boell--but it has considerable continuity. The prefaces for each of the twenty-five poets integrate the selections into a story, and often poems by different writers invite comparison. For example, almost all of the poets express an attitude toward death. Not only would many discussions of death be better if the authors had some inkling of the great variety of attitudes illustrated here, but one can also gain a better understanding of a poet's experience of life by comparing his attitude toward death with that of some other poets. The book should contribute to a better understanding of some of these twenty-five poets, of German literature, of intellectual history, and of some of the themes with which these poets deal. The sequence of the poets, and the poems of each poet, is roughly chronological. Walter Kaufmann has made all the translations and have endeavored to capture the distinctive tone of each of the poets. The original German texts are printed on facing pages.
Toon meer Toon minder