Twenty Tales on the Political Economy of Quality 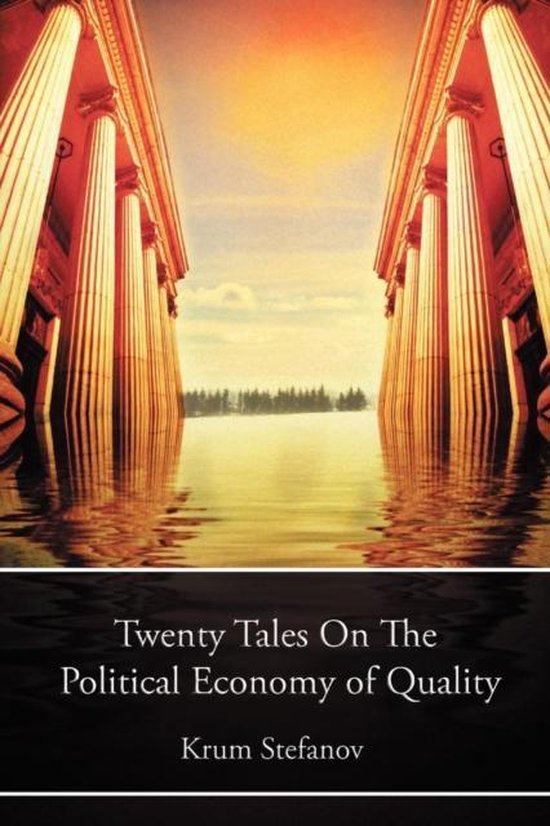 Twenty Tales on the Political Economy of Quality is a highly philosophical dissertation written in the context of a series of dialogues. This is no fiction, however, as far as the content is concerned. Twenty Tales on the Political Economy of Quality is an attempt to go beyond the modern epistemological framework on economic matters, based in one way or another, either on collectivism, whatever its label or on dogmatic liberalism or subjectivism. Currently the traditional pre-modern narrative as a whole seldom goes beyond a mere judgement of value on economic matters, and as a result the way economic activity is really taking place is either ignored or bypassed. In Twenty Tales on the Political Economy of Quality the author has followed the metaphysical or perennial point of view as consistently as possible. Being in possession of the Elixir of Life, the main protagonists of the book wander throughout the world for centuries. They meet at random in Geneva's 'Cornavin' rail road station in 2012 and adopt the nicknames Pangloss and Cacambo, since they remember having conversion in a coffee shop of the 18th century Venice, where Cacambo was reading Voltaire's novel 'Zadig'. There is a difference between them. Whereas Pangloss is in possession of the Elixir in both of its dimensions, the one extending the physical lifespan and the other making possible the transmutation of metals into gold, Cacambo has no access to transmutation. Pangloss makes the promise of donating gold to Cacambo, but as the operation making transmutation possible, happens to take place only in particular points in time, they converse on the world of the present in the expectation of the moment when Cacambo will receive his portion of gold. Since space seems to be full of living beings invisible to the naked eye, as modern microscopes may attest, the main characters of the story encounter various figures along the way. Being naturally predisposed by their condition to observation and detachment, Pangloss and Cacambo embark on a journey to New York, where they expose their respective views on the modern economy and society. In the eyes of Pangloss, there is one and one only reality: the reality of the present moment, where it intersects the various strings of a single knot. That is why he often departs from the main subject on the modern economy only to come back later on with a still enhanced version of this same subject. What is in the first half of the book is a representation of the new material conditions brought forth by modern and at this point post-modern mode of production and exchange of goods, as well as a comparison with the conditions of the time when the protagonists met in the first place, the late 18th century. In the second half this becomes a description of the causes, dealing with International Trade and Finance that made this new, at the present stage, global reality, possible to take place. When Pangloss and Cacambo board an ocean liner on their way back to Europe, they are already about to conclude the subject of the modern economy with reflections on the way to put an end to the on-going global economic crisis. Pangloss is following once again the natural outcome of his point of view by referring to the very idea of substance as the compass of present day reality and economy, indeed in the same way as the compass of their boat is an essential attribute for the transatlantic crossing, leading to a successful arrival on the shores of its next destination.
Toon meer Toon minder