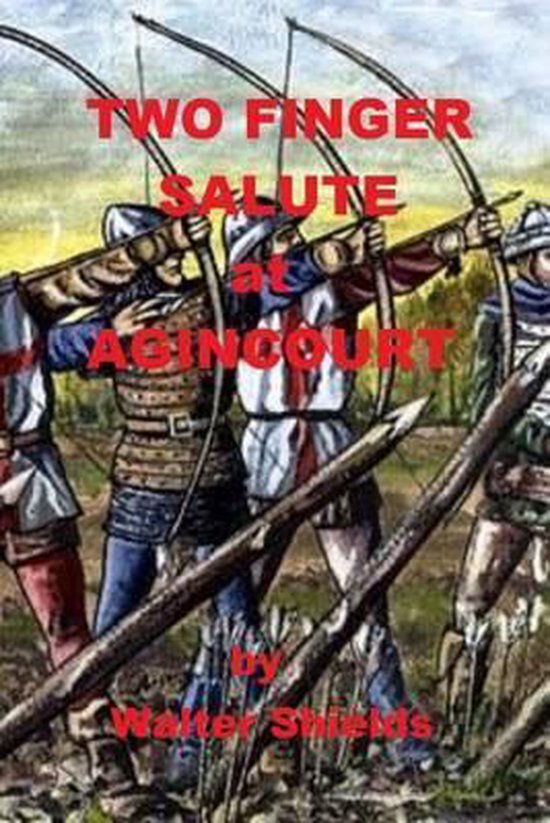 This book is a story about an 11 year-old boy who is inspired to become an archer by the stories of battle that are told to him by his father and grandfather.Eager to learn all that he can about the using and making of longbows and arrows the hero of the story, Crispin Bowyer finally achieves his ambition to become an archer in the King’s army aged 25, when he takes up a key role in the battle of Agincourt.The Battle of Agincourt has become the most legendary victory in a series of battles between England and France that later became known as The Hundred Years War that occurred between 1337 and 1453.Taking place in a muddy field after heavy rainfall, the battle commenced after a series of taunts from either side. At 11 am on 25th October 1415 thousands of arrows rained down on the French Army. Ragamuffin English peasants, who were greatly outnumbered by the French, fought their way to victory against the odds. Poorly dressed, in ill-health, many with excrement dripping down their legs as they shot arrow after arrow into the French ranks.This legendary battle has been dramatised by Shakespeare in his play Henry V and many a film and educational documentary have portrayed this battle from the perspective of Henry V, in a glamourised account of this historical battle; which over the years has become distorted and most probably inaccurate of the facts.Two Finger Salute at Agincourt greatly differs from what is commonly written about the battle. The author has written this fictional story based around the facts that are most commonly known and apologises if they are not completely correct. Just as the plays and films have been embellished for the sake of good viewing and the facts become tainted, this book makes no excuse for any inaccuracies that the ‘historians’ may find. The book is written with the young boy in mind and will appeal to youths of 8 -16 years of age in particular. However, anyone who wishes to read about the era, and how life was for a peasant, would enjoy this book.There are many references to social issues and even the inadvertent creation of the ‘V-sign’, hence the title of the book.2015 sees the 600th Anniversary of the battle and will no doubt be celebrated both in England and France. This book celebrates the common man, the peasants who fought disease and dysentery as well as a battle. The ordinary boy, Crispin Bowyer, who grows to be a man, wishing to better himself and join ‘the band of brothers’. But where do his allegiances lie, with a French mother and English father? After being part of this victorious, yet dismal conflict, does this Anglo-French man still feel the same way about the glories of war?This book is a good read and opens up opportunities for further discussion, whether for educational reasons or simple interest in battles and bygone times.See the website for points of discussion, details of which are given in the glossary of the book.
Toon meer Toon minder