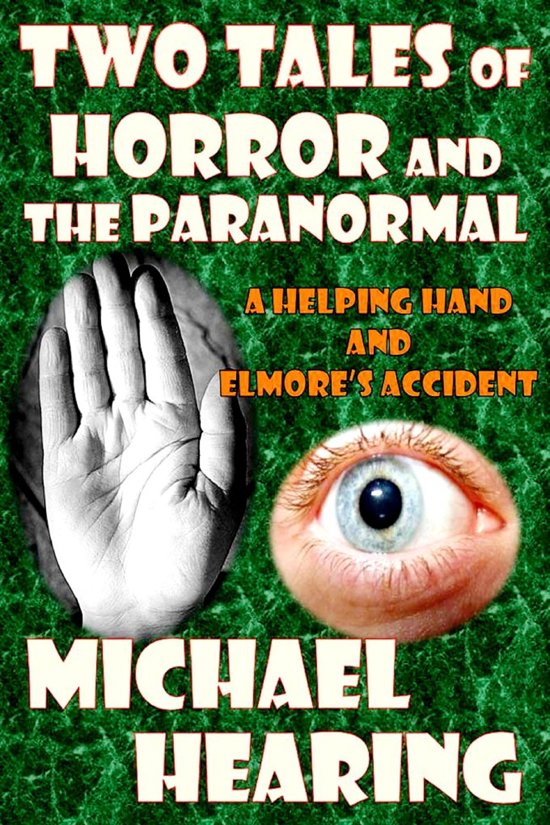 ''Two Tales of Horror and the Paranormal'' is a two-story bundle of approximately 9,600 words. In it you'll see that things aren't always as they seem �� that there's a lot more to some humdrum, everyday lives than the people living them ever dared to imagine. And the implications are, well, sometimes frightening . . .

''A Helping Hand''
''It's not every day you find a human hand while digging potatoes. But that's exactly what happened to Leonard Johnson on a Saturday morning not long ago.'' That's how this quirky little story begins.

When you're a fast-failing organic farmer in New Hampshire, with a known termagant for a wife, an event like this can be devastating to your small profits when the news gets out – especially since that ancient hand has peculiar ''qualities.''

This discovery sets off a chain of inexorable events that lead Leonard to rash action resulting in a terrible kind of justice. A balance must be restored and a lesson learned.

''Elmore's Accident''
''It was that most loathsome of all things: an uncanny, routine-disrupting inconvenience and anomaly.''

That's what, as the result of an unforeseen event, unexpectedly invades and upsets Elmore Wiggins' safely ordered life. For Elmore had never reckoned on the paranormal or the preternatural. But now that he's had his accident, he is ''seeing'' certain events in the near future – including his own (although he doesn't know it yet).

Despite all his efforts to live a routine, planned, and safely dull life, carefully shielded from anything out of the ordinary, Elmore now has to face the fact that there's a lot more to this life than he ever imagined.