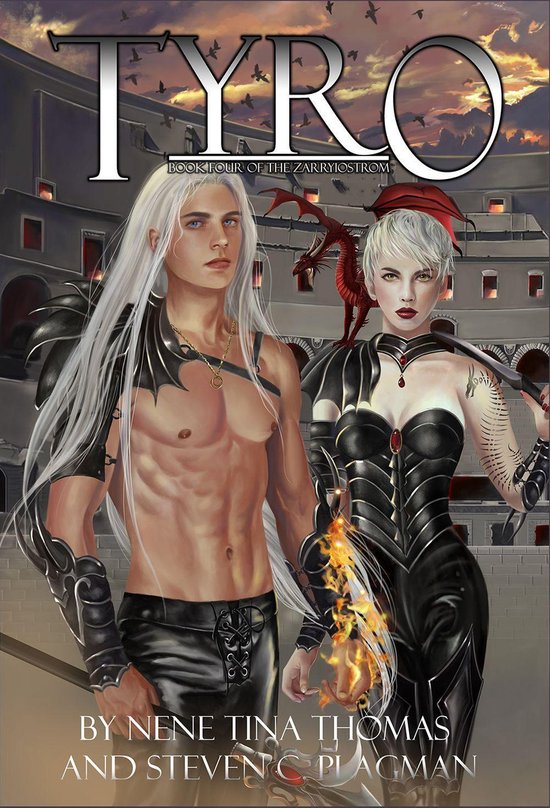 The war between Illymar and Dakkadia has finally ended, though not without tragedy for both sides. The once-proud Illymari Royal Family has been all but destroyed, leaving the disgraced Princess Tais Illvanna to pick up the pieces while held in captivity by King Madari Dhaerhan of Dakkadia. Tais guards a potentially devastating secret; her uncle, King Ascham Illvanin, the Usurper, survived the injuries he sustained during his duel with Madari and has reached the safety of the mainland, where he must somehow find a way to free his country from Dakkadian rule.

Princess Chesare has also escaped the island, after surviving her own duel with her lover, the First Seat of
the Mage High Council, Morvandis Dhaerhan. During that duel a new ability was revealed to her, one that brings almost as many problems as it does possibilities. She must find someone to teach her how to control this new power before she can once again confront her enemy and gain vengeance for her murdered family.

Phaedron Daane, the disgraced former hero of the Dakkadian army, has traveled with her into exile, after
inadvertently killing her sister in a confrontation with his half-brother, Prince Valeriad Dhaerhan. His guilt has
allowed Chesare to secure a solemn vow from him to help her undo the wrongs she has committed, and in so doing earn her forgiveness. His vow is complicated by his unexpected marriage to Lady Prudence Daemira, who despite his misgivings has willingly followed him into exile. In order to earn his redemption, he must first acquire the means with which to challenge the seemingly invincible Dakkadian army.

On the other side of the world the insane Queen of Havoc is finally ready to unleash her undead army upon the world, in a bid to awaken all of the dragons from their eternal slumber. Standing against her is the Lord of Snows and his army of samurai, but will they be enough?

In a desperate attempt to match his half-brother’s martial prowess, Prince Valeriad Dhaerhan has fulfilled
prophecy by accepting the Queen of Shadows’ invitation at long last. Traveling far from home, he will have to overcome his own weaknesses if he is to have any hope of facing the man the Dragon Witches have named the Swordsman and finally avenging his wife’s murder.

TYRO is the fourth book of the “Zarryiostrom” written by
fantasy artist Nene Tina Thomas, and her husband,
Steven C. Plagman