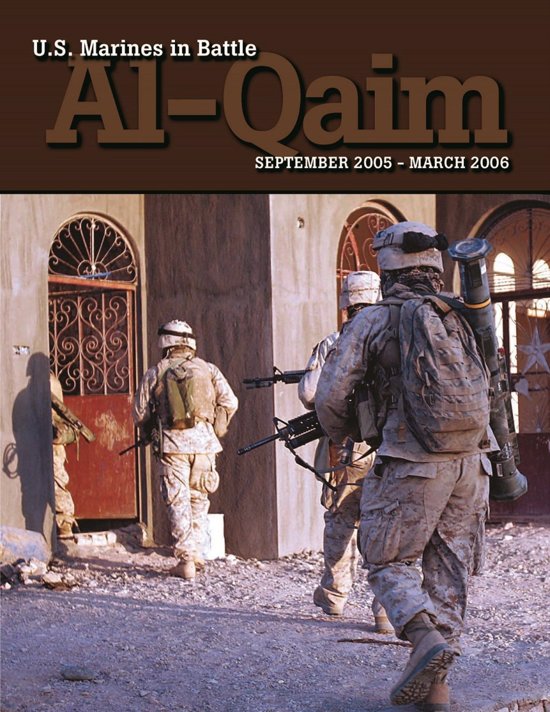 This study examines a counterinsurgency campaign conducted during the Iraq War between the fall of 2005 and spring of 2006 in the district of al-Qaim on the Syrian border. In many ways, the struggle to clear and hold the district marked a turning point for the U.S. Marines fighting to bring security and stability to al-Anbar Province. The tactics and procedures utilized by the Marines of Regimental Combat Team 2 as well as its numerous supporting units served as a model for future operations in 2006 and 2007.

The Iraq War began in 2003 with a lightning quick assault by Coalition forces that toppled Saddam Hussein's Ba'athist regime within a matter of weeks. During the months immediately following the overthrow of the old regime, a lack of adequate security forces and indecision among policy makers rapidly led to a collapse of order and stability. By the summer a broad insurgency conducted by former regime loyalists, criminals, and Islamic fundamentalist fighters had broken out against the U.S. occupation of the country. The U.S.' initial goal of creating an independent, democratic government was superseded by the more basic and pressing need to establish a secure and stable Iraqi state.

The lack of a unified approach to U.S. strategy in Iraq meant that it often fell to the commanders of smaller units (brigades, regiments, and battalions) to devise an effective means for defeating the insurgency in their particular areas of responsibility. It was in this type of operating environment that the commander of Regimental Combat Team 2, Colonel Stephen W. Davis, and one of his battalion commanders, Lieutenant Colonel Julian D. Alford of 3d Battalion, 6th Marines, undertook a concerted campaign to clear and secure al-Qaim District in western Iraq.