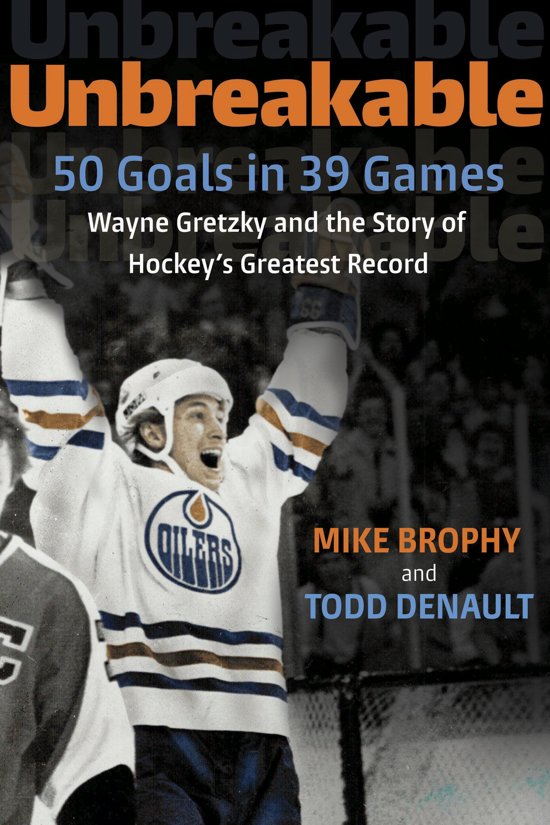 In only his 3rd NHL season, Wayne Gretzky set the unbeatable NHL record - scoring 50 goals in just 39 games. A book for the devoted Gretzky fans, and books like 99 by Al Strachan.


Unbreakable: 50 Goals in 39 Games, Wayne Gretzky and the Story of Hockey's Greatest Record sets out to chronicle that unforgettable streak of 39 games in the fall of 1981, when a 20-year-old wunderkind from the town of Brantford, Ontario, captured the imagination of not just the hockey world but the world at large and emerged as both the game's biggest star and it's most recognizable face.

Published on the 35th anniversary of this remarkable feat, the story of this unforgettable season is chronicled by renowned hockey authors Mike Brophy and Todd Denault. Based on new interviews with Wayne Gretzky and with those who surrounded him during his magical run at hockey's greatest record, Unbreakable: 50 Goals in 39 Games, Wayne Gretzky and the Story of Hockey's Greatest Record will detail on a game-by-game basis Gretzky's stellar run towards hockey immortality, through extensive research and the reminiscences of those who were there, including teammates, and players from opposing teams.