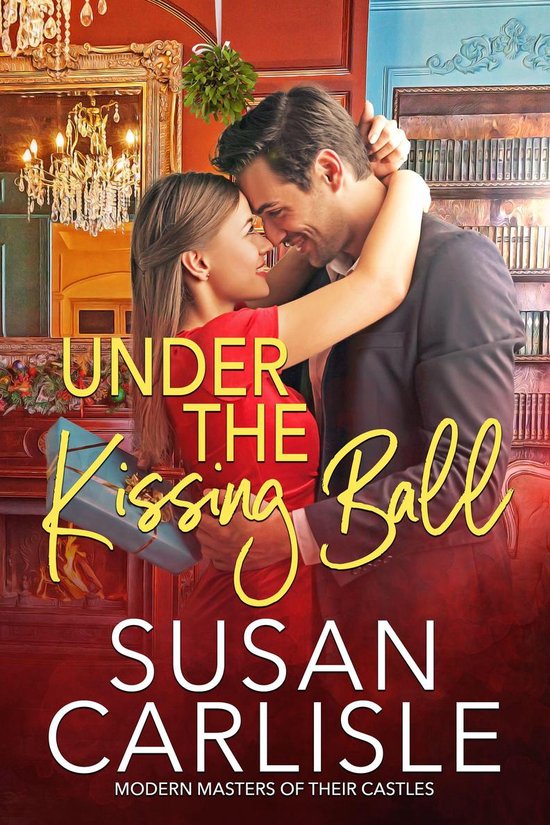 A Christmas kiss between friends is simple, until it isn’t…

Clarissa Chalmers Simmons’ world is in turmoil. After fleeing an abusive marriage and her divorce, all she wants is to heal and create a calm, safe environment for her children. She’s returned to her ancestral home and the comfort of family, which includes a trusted childhood friend, Roger. She finds him handsome and sweet, but too set in his ways for her taste. With Roger’s encouragement and help, Clarissa takes on a new position in the family business and gains personal satisfaction she’s never known. What she doesn’t plan on is her and Roger’s ‘under the mistletoe ball’ kiss rocking her world.

Roger Clarke, is the easy-going estate manager at Hartley Castle and a confirmed bachelor. He has always been there in Clarissa’s background but recently has become her rock-steady confidant. Despite his long-held secret feelings for the flighty, beautiful and willful Clarissa, he has never acted on them. He’s not a suitable match for her. After all he is an employee of his best friend and her brother, Lord Hartley. Even if given the chance, Roger has no desire to become the rebound guy.

Despite that, if he doesn’t act on Clarissa’s passionate reaction to his kiss, he might lose his chance of having the only woman who’s ever stirred his heart.